Where Did THAT Come From – Ballet Ralph 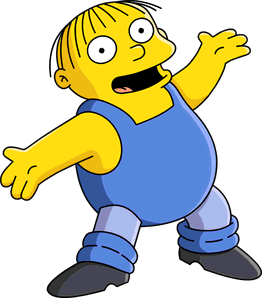 So with the Tap Ball Event, all sorts of new stuff has appeared in our games. Act III brought us more prizes to be earned by collecting pennants.  The third of the five was Ballet Ralph. At first, it doesn’t really make sense to have Ralph the Unitard in an event all about sports but let’s think on it. When has Ralphie ever done things the normal way and honestly, Tap Ball isn’t the most consistent of sports. I for one love this new addition but maybe that’s because I love the episode he comes from. Let’s check it out shall we?

During a shopping trip at the mall, Marge and Lisa go to see a movie… Tango de la Muerte. The sexy tango man picks a simple librarian named Lisabella as his dance partner and Lisa Simpson is inspired to become a dancer. 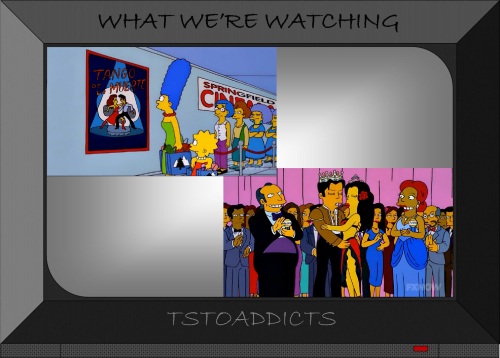 Marge takes Lisa to Lil Vicki’s School of Dance to sign her up for lessons. Lisa picks tap… her other options were ballroom and square dancing. 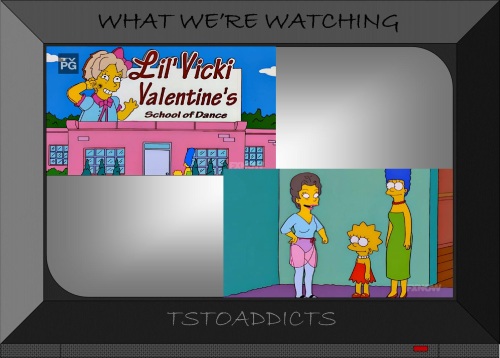 Check out Ralphie among the students in Lisa’s dance class! Tapa, tapa, tapa. Interestingly, Ralph is good at tap dancing while Lisa isn’t. 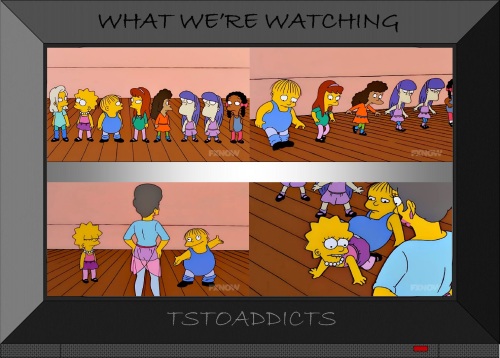 Ralph actually ended up being the star of the dance recital later but ate too much of the Starship Lollipop lol. I love the Ralph moments of any episode. 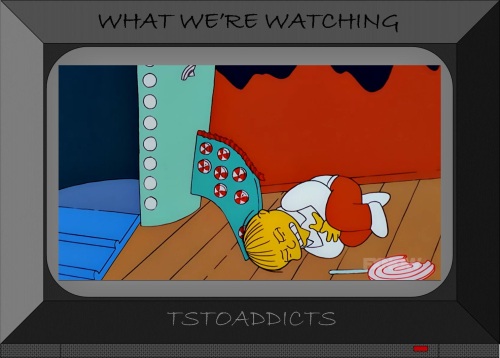 So there you go friends… I’ll always think of this skin as Tap Dancing Ralph. What do you think of it? Hoping we’ll see Lil Vicki and her dance school in the game soon? Sound off in the comments and keep on tapa-tapa-tapping in the free world.

16 responses to “Where Did THAT Come From – Ballet Ralph”