Where Did THAT Come From – Angel Fossil

Hey hey friends! In our silly lil game, we sometimes see things pop in that we have no clue as to their Origin. They seem familiar, but we just can’t pinpoint from where. So that is why we decided to make a fun lil reminder out of it. To let you know just Where did THAT Come From? 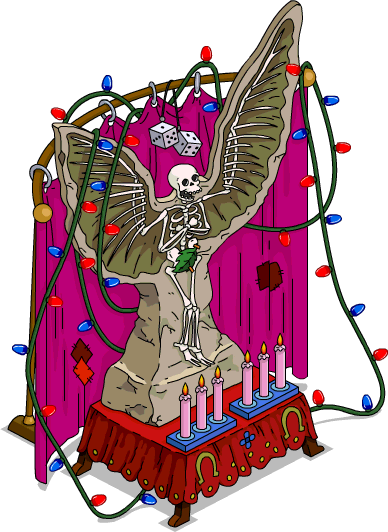 Woo to the hoo!  A new Friendship Prize came with Level 55!  I’m always happy when EA gives us these bonuses for visiting friends.  As I’m not the best of neighbors, it’s nice to be reminded to go into their towns and boy is this new one awesome.  With the addition of the Angel Fossil, the 16th prize to date, some of you may be wondering just where in the Best. Show. Ever. something as interesting as this appeared.  Well, let’s take look through the Simpsons prehistory to find out.

After a police sting involving free motorboats, the Simpsons drive past the construction of a new mall which is being built on top of Sabretooth Meadows. Lisa is aghast because the location is a site where fossils have been found.  She returns with none other than Lionel Hutz in tow and convinces some the Mall Builders to let her dig for fossils. Lisa returns to dig with students from Springfield Elementary to look for fossils. While digging, Lisa finds some strange bones prompting the whole town to believe she has found the remains of an angel.

Hibbert: “Speaking from a strictly medical point of view… that ain’t right.”

Maybe it’s a neanderthal that got bitten by some angry fish?

The town debates who owns the find, but Homer steals the bones. 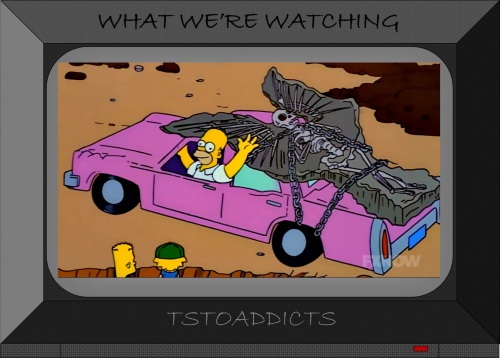 When the citizens of Springfield all show up at Homer’s doorstep to see the Angel, he realizes there’s money to be made.  “Here’s the angel.  See the angel. It’s my angel… and no one else’s next to the rakes.” 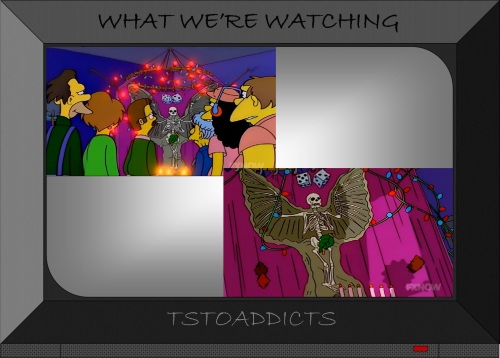 Is it the angel of peace or the angel of mercy? The rest of the episode is a classic take on Science vs. Religion.  In the end, the debate doesn’t matter beacuse the whole archeological find was a gimmick to promote the Heavenly Hills Mall.

So our new Friendship prize is Homer’s angel exhibition. I’m loving this.  What do you think of the fossil? Did you earn it yet?  Sound off my friends and stay classy in a sciency way while still believing in unicorns and leprechauns.

23 responses to “Where Did THAT Come From – Angel Fossil”