Where Did THAT Come From – Radioactive Milhouse

Consider this dismaying observation: This post has no windows and no doors, which offers you this chilling challenge: to find a way out! Of course, there’s always my way. Woo hoo… HALLOWEEN IS UPON US! With a brand new event, comes a ton of new stuff and thankfully one of my jobs here is to tell you just where new items come from.  I know we all can’t watch the Best. Show. Ever. as often as some fuzzballs and even though items might seem familiar, a lot of things blur together and you just can’t pinpoint just where you saw it. That’s why we decided to make a fun lil feature for just this predicament. To let you know just Where did THAT Come From?

This WDTCF will go over one of the new premium skins EA made available with Act One of the 2015 Halloween Event… Radioactive Milhouse.  But isn’t this a superhero costume?  When and where did he actually dress up in this?  Is it actually from a Treehouse of Horror episode? Let’s check out the TV Series to find out.

Most of us know Milly as the boy who almost starred in The Radioactive Man Movie as Fallout Boy. Even those unfamiliar with a bunch of Simpsons episodes would know some of this from the Superhero Event. Of course, Milhouse hasn’t always just dressed as the Atom Knight’s sidekick. In Treehouse of Horror III (S4:E5), he’s seen wearing the hero’s cape and cowl in the beginning of the episode (a trend with items it seems). 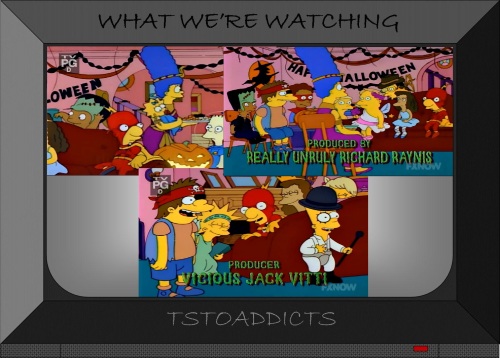 And yes friends, you may recognize other costumes from past Halloween Event trick or treating tasks (or maybe even the Nightmare Pile). I’ve always liked the image of Milhouse as Radioactive Man. Way back in the day, I even did a 2D of it. 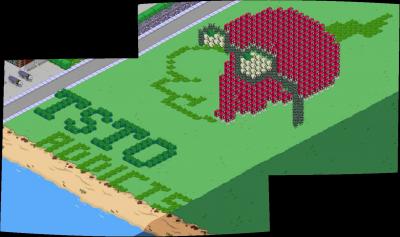 Of course, Milhouse must’ve done something with his cool costume because in Treehouse of Horror X (S11:E4), his new version is nowhere near as cool. Do you think Radioactive man would wear “a plastic smock with a picture of himself on it” for Halloween? Milhouse sure does lol.

I would end this post here, but I found one more reference via my buddy “Jake the Happy Troll” at my local comic book store when we were chatting about the new event. I will admit I am not well versed in the comics but apparently there was a segment of Bongo Comics: Bart Simpson #91 all about Milhouse wearing Radioactive Man’s costume. After confirming this on the Simpsonswiki, I thought I’d share it with y’all.

So there you go friends… the origin of Radioactive Milhouse.  I enjoyed his questline with this skin and for some of you, this is something from the “classic” Simpsons era.  What do you think of it? While this is not a Should I Buy, I think I do have to say you can still see this beauty when Milhouse tells his campfire story for anyone who’s trying to save their donuts. I like this skin but this I actually wish we’d gotten the nerdier version from later in the series.  Sound off and stay spooky friends.

10 responses to “Where Did THAT Come From – Radioactive Milhouse”