Game of Games Week 4 Is Live!

It’s officially 10am here on the East Coast, and that means Game of Games Week 4 is Live!  It’s time to start the final week of this multi-event!

Homer: Marge! I did it, I got E4 passes for the kids.
Marge: Oh, Homie. The kids found passes without you and are already at the convention.
Homer: Bart doesn’t need my help? I only hope that’s true when he’s old enough to need to be bailed out of jail.

This is followed by a 6s tasks for Homer and Marge.  Once completed you’ll trigger the week 4 questline, which will take you through unlocking all of the week 4 prizes, Fourscore and a Halfmonth.

REMEBER: This runs simultaneously with weeks 1, 2, and 3 if you haven’t finished them yet.  So you don’t need to finish Weeks 1, 2 or 3 to see Week 4 trigger, you just need to complete Game of Games Pt. 5 (the 6s tasks I mentioned above) to trigger the Week 4 questline.  Just remember ALL Acts must be completed before next Wednesday to unlock the prizes…

Homer finally has the E4 passes, but Marge tells him that the kids already found passes and are at the
convention and don’t need his help. Homer decides to go to E4 to “help” the kids, by making them
spend time with their dad!

Homer shows up at E4 and Bart wants nothing to do with Homer until Bart finds out that the Detonator
is missing. Without an adult chaperone, the kids won’t be allowed back into the convention. Suddenly,
Bart really wants Homer to join him and they go inside. Report Card is upset that the Evergreen Terrors found another chaperone and decides that the only way to take them out is do take them out in the esports final.

It’s the final round of McTrigger: The Game 2 with the Evergreen Terrors vs the Superfriends Club!
During the game, Report Card flirts with Lisa and Bart must choose between saving his best friend
Milhouse or his best fighter Sophie. Sophie promises Bart an invitation to her birthday party, a Krusty
Burger VIP party, if he saves her….

There’s much more to the story but I don’t want to spoil it for those reading along.  I’ll have the full synopsis up with the Full Dialogue for Act 4.

As I stated above, the initial quest is a 6s tasks for both Homer and Marge.  Once completed you’ll start the Fourscore and a Halfmonth questline, which is the week 4 story to follow.  This is how you’ll unlock the Week 4  (Act 4) prizes…

The currency we’re working on collecting for Week 4/Act 4….

REMINDER: DO NOT FORGET TO SCROLL UP AND DOWN IN THE TASK BOXES (PICTURED ABOVE) TO BE SURE TO COMPLETE ALL TASKS FOR EACH PART.

I’ll lay out specifically what you need to do for each part in the turbo tappin’ post, but I don’t want any of you to get messed up with this.  So don’t forget to SCROLL!

Here are the prizes for Part 4:

Questline, which I’ll post later, will show how each is unlocked.

/4hrs for Old Premium (in this case Sophie)

These are STILL unlockable if you haven’t completed that prize track.  You have until the event ends to unlock ALL the prizes.  So keep going with Weeks 1, 2 and/or Week 3 if you haven’t finished them. 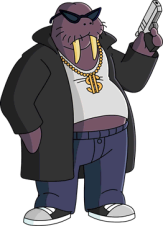 Stick Up Walrus- 75 Donuts.  This is a full character.

Also, once you unlock the Crowd of Games you’ll be able to buy more… 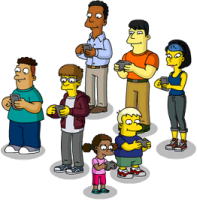 Other 4th of July Items…

Tomorrow is the 4th of July, Independence Day here in America. So we’re going to be taking a break for the day, very lite posting. (which means no musings post from me this week, sorry guys)
This is basically just an FYI that there will be a bunch of stuff posted today to make up for tomorrow.  So you’ll see Turbo Tappin’ and a couple of SIBs (Stick up Walrus and the 4th of July stuff) today.  And we’ll get back to normal posting Friday.
Also, just an early heads up, tomorrow I’ll be announcing the next Showoff (Game of Games).  So prep those designs 🙂

And that’s it my friends.  The details of week 4 of the Game of Games.

Your thoughts on the week 4 content?  Did you finish week 3 or are you still working on it?  Premium content you’ll be buying?  Sound off below, you know we love hearing from you!