So let’s get started this week by talking about a classic piece of art, Michelangelo’s David.

In the twenty second episode of The Simpsons, Itchy & Scratchy & Marge (Season 02, Episode 09), Maggie strikes Homer with a mallet after seeing a similar act on TV while Bart and Lisa watched an Itchy and Scratchy cartoon. Marge is horrified and vows to put a stop to violence on children’s television. She writes a letter to Roger Myers Jr.:

“Dear Purveyors of Senseless Violence: I know this may sound silly at first, but I believe that the cartoons you show to our children are influencing their behavior in a negative way. Please try to tone down the psychotic violence in your otherwise fine programming. Yours truly, Marge Simpson.” 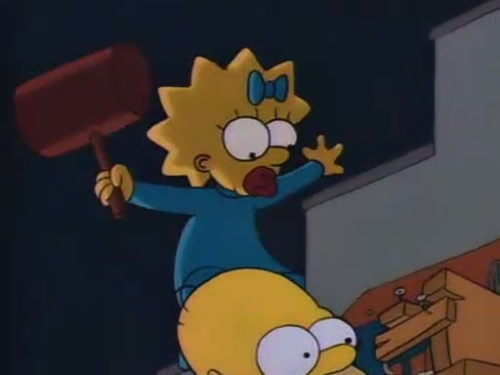 Marge succeeds and gets the censorship ball rolling in Springfield. But when the Italian curators of Michelangelo’s David send the statue on a US tour scheduled to stop in Springfield, Marge’s views differ from the masses. 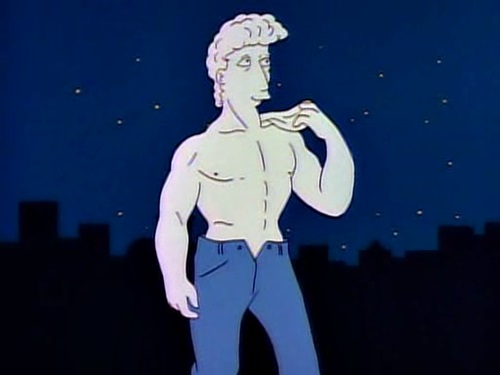 But have you ever wondered about the history of Michelangelo’s David?

Michelangelo di Lodovico Buonarroti Simoni (6 March 1475 – 18 February 1564), was an Italian sculptor, painter, and architect of the High Renaissance. He was born in the Republic of Florence (modern day Florence, Italy), He exerted an unparalleled influence on the development of Western art. He often is described as the greatest artist of his era, and sometimes even the greatest artist of all time, though is often challenged by his contemporary and rival, the fellow Florentine, Leonardo da Vinci. 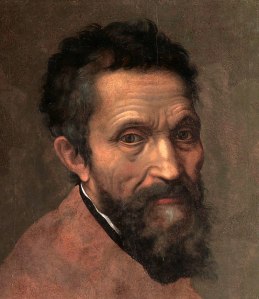 He sculpted two of his best-known works, the Pietà and David, before the age of thirty. Despite holding a low opinion of painting, he also created two of the most influential frescoes in the history of Western art: 1) the scenes from Genesis on the ceiling of the Sistine Chapel in Rome, and 2) The Last Judgment on its altar wall. 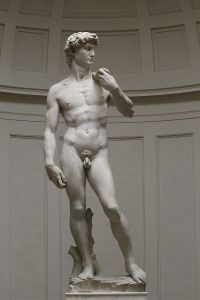 Michelangelo’s David is a 17 feet tall marble statue of the biblical figure David made between 1501 and 1504. It was designed to be one in a series of statues of various prophets. It is now located in the Galleria dell’Accademia in Florence, Italy.

Now that we’ve learned more about Michelangelo’s David, be sure to come back next week when we continue our Monday morning musings with the next episode of The Simpsons.