Hi, I’m Super Safi and you may remember me from such stats and strategy posts as Kwik-E-Mart Farming and the advanced losing-to-win Superheroes battle strategy.

Over the past 600+ episodes, The Simpsons has taken us on an amazing mathematical journey involving fractions, probability, Fermat’s last theorem, and hundreds of other aspects from the wonderful world off mathematics.

And what better way to start your week, then by discussing math Monday morning? 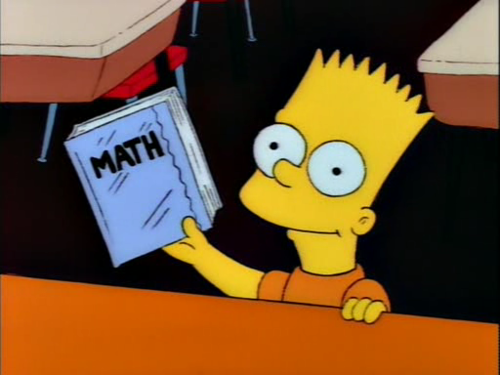 With baseball season officially underway, this month we’re going to explore one of my favourite branches of math – sabermetrics. After all, as Prof Frink so aptly said, “baseball is a game played by the dexterous, but only understood by the poin-dextrous.”

As we discussed last week, Sabermetrics is the empirical analysis of baseball, especially baseball statistics that measure in-game activity. We also mentioned that the term is derived from the acronym SABR, which stands for the Society for American Baseball Research, founded in 1971. The term sabermetrics was coined by Bill James, who is one of its pioneers and is often considered its most prominent advocate and public face. We also discussed the role of Henry Chadwick, one of the first notable baseball statisticians. Every year, SABR awards a distinguished baseball statistician with the Henry Chadwick Award.

One of the most notable recipients of the Henry Chadwick Award is statistician Bill James (pictured below), who as previously mentioned coined the term sabermetrics. The idea of advanced baseball statistics did not become prominent in the baseball community until Bill James began writing his annual Baseball Abstracts in 1977. 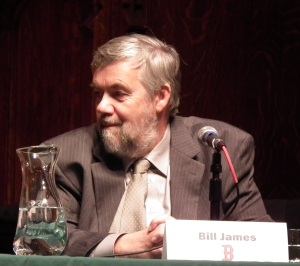 A former Times 100 Most Influential Person of the Year, James currently serves as a senior advisor of baseball operations for the Boston Red Sox, an organization he has been involved with since 2003. He is credited with advocating for certain moves that were instrumental in ending the Red Sox 86 year World Series drought (most notably, his advocacy for the signing of David Ortiz). During his time with the Red Sox, Bill James has received four World Series rings for the team’s 2004, 2007, 2013, and 2018 victories.

But one of his most notable legacies will be his appearance on The Simpsons in MoneyBART (Season 22, Episode 03), where he so eloquently says “I made baseball as fun as doing your taxes”. 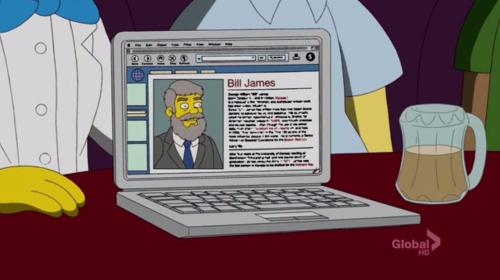 Let’s take a look at one of James’ statistical tools – power-speed number.

In MoneyBART, in an effort to broaden her extracurricular horizons, Lisa plans to manage Bart’s little league team. However, knowing very little about baseball, she approaches Prof Frink, Benjamin, Gary, and Doug who introduce her to the works of the aforementioned Bill James. 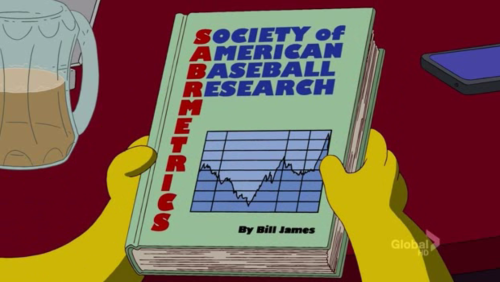 With the use of statistics and probabilities, Lisa leads the team to an incredible winning streak. The Isotots go from the league cellar dwellers in 12th place to the top of the standings. All the while, Lisa follows several principles of sabermetrics, such as valuing walks over steals.

19 seasons earlier, in Homer at the Bat (Season 03, Episode 17), Homer was known for power; hitting home runs with Wonderbat (as he said 10 home runs a game for 30 games, he would hit 3,000 home runs). Homer lacked speed. Yet in MoneyBART, we see that Bart has a combination of power and speed hitting home runs and stealing second base and third base before ultimately being thrown out while trying to steal home.

As mentioned, the PSN is used to determine a players ability to balance power and speed. If a player has no balance and is one dimensional, they would have a power-speed number of 0.

We can see this when we calculate Homer’s power-speed number. In Homer at the Bat, we saw Homer hit 3 home runs but steal 0 bases.

As Homer displays no balance between power and speed, his power-speed number is 0.0.

If we look at Bart’s performance in MoneyBART, we see Bart hit 2 home runs and steal 2 bases.

If one of those names sounds familiar, it’s because Jose Canseco was recruited by Waylon Smithers to play for Mr. Burns’ softball team in Homer at the Bat. Let’s calculate Jose Canseco’s 1988 PSN.

One year before Jose Canseco created the 40-40 club, Darryl Strawberry, a future teammate of his on the Springfield Nuclear Power Plant softball team in Homer at the Bat whose performance would send Homer to the bench (both pictured side-by-side below), generated the 9th best PSN through 1987 (it is now the 22nd best PSN through 2018). Playing for the 1987 New York Mets, Strawberry hit 39 home runs and stole 36 bases. Let’s calculate Darryl Strawberry’s 1987 PSN. 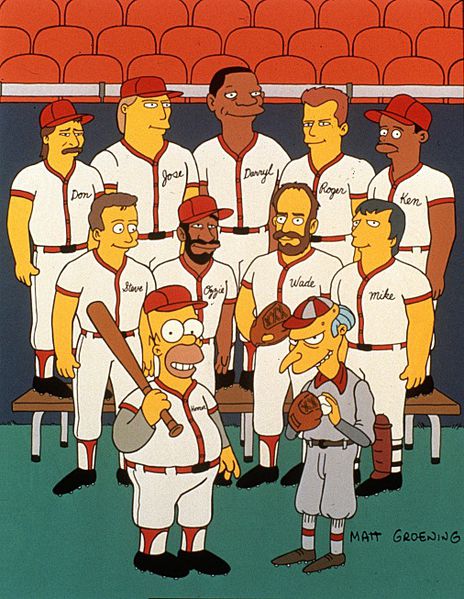 Now that we’ve got a better understanding of power-speed number and calculated the PSN of Homer, Bart, Jose Canseco, and Darryl Strawberry, are you ready to learn more baseball stats next week? Are you ready to play some baseball? If you play baseball, are you more of a power hitter or more of a speed demon? Did you remember these episodes? Were you familiar with power-speed number? Have you heard of sabermetrics before? Have you heard of Bill James? Do you enjoy calculating sport stats as much as I do? Sound off in the comments below. You know we love hearing from you.