So here’s your official TSTO Addicts reminder…all new episode, the season’s eighth episode, this Sunday, December 1st, 8pm on FOX (at the same time on City TV in Canada)….“Todd, Todd, Why Hast Thou Forsaken Me”! 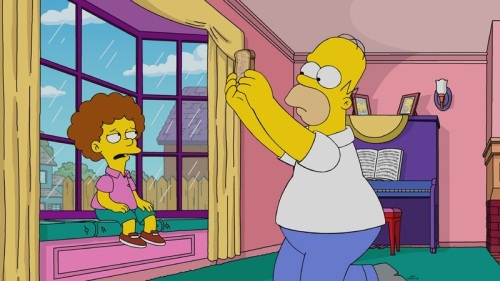 “Todd blames God for the death of his mother and rejects his faith – causing great distress for Ned, who sends him to live with the Simpsons in an attempt to scare him back into God’s arms.”

Unfortunately there’s no sneak peek for this week’s episode from FOX, so here’s another clip from last weeks awesome Thanksgiving episode:

And as we head into the holiday season, don’t forget to swing by the Addicts Shop for your favourite TSTO paraphernalia for Christmas and Hanukkah gifts. Don’t forget there is a Black Friday sale on right now until December 2nd, when you use promo code BLACKFRIDAY2019.

Are you super excited for the new episode? What do you think will happen in the new episode? What did you think of Thanksgiving of Horrors last week? What’s been your favourite Rod and Todd episode? Are you more of a Todd fan or a Rod fan? Are you excited to see Todd living with the Simpsons? What’s been your favourite ninth episode of our favourite family over the past 30 seasons? Sound off in the comments below, you know we love hearing from you!

4 responses to “Episode Reminder: Todd, Todd, Why Hast Thou Forsaken Me (Season 31, Episode 9)”