So let’s get started this week by talking about another medical condition, Lyme disease.

In the thirty second episode of The Simpsons, Lisa’s Substitute (Season 02, Episode 19), Miss Hoover is out sick with Lyme disease. As Principal Skinner explains to the kids:

Ms. Hoover: “Children, I won’t be staying long. I just came from the doctor and I have Lyme disease. Principal Skinner will run the class until a substitute arrives.”

Principal Skinner: “I’ll field that one. (writes ‘Ticks’ on the chalkboard) Lyme disease is spread by small parasites, called ticks. When a diseased tick attaches itself to you and begins sucking your blood…”

Principal Skinner: “Malignant spirochetes infest your bloodstream, eventually spreading to your spinal fluid, and on into the brain.”

While Miss Hoover is missing in action for most of the remaining episode, as Mr. Bergstrom fills inas the substitute, Miss Hoover does make a triumphant return at the end when it’s discovered her symptoms were psychosomatic.

But have you ever wondered what Lyme disease is?

Lyme disease is caused by several subspecies of the spirochete Borrelia burgdorferi. The disease, transmitted from rodents to people via the Ixodes deer ticks, is a common disease in the United States, Canada, Europe, and Japan. 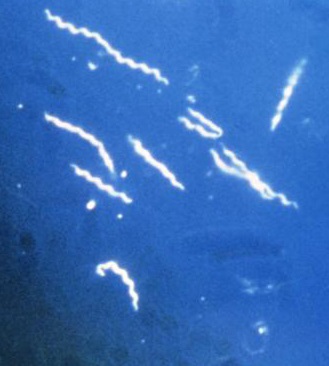 In stage 1 (acute illness), over the first 4 to 12 weeks, spirochetes multiply and spread in the dermis at the site of the tick bite, causing an expanding area of redness with a pale centre, known as erythema cchronicum migrans. Patients may also experience fever and swelling of the lymph nodes, known as lymphadenitis.

In stage 2 (dissemination), over weeks to months, the spirochetes spread via the bloodstream throughout the body and cause secondary skin lesions, lymphadenopathy, migratory joint and muscle pains, cardiac arrhythmia, myocarditis, pericarditis, and as Principal Skinner explained meningitis often with cranial nerve involvement.

In stage 3 (late chronic form), over 2 to 3 years after the initial bite, patients often experience a chronic arthritis with severe damage to large joints. Some patients may also experience an encephalitis that varies from mild to debilitating.

Lyme disease is diagnosed based on symptoms, physical exam findings, history of possible exposure to infected ticks, and possibly laboratory tests including ELISA and Western Blot. Antibiotics are the primary treatment with Doxycycline the antibiotic of choice for most physicians. A vaccine was briefly marketed in the United States between 1998 and 2002, but was withdrawn from the market due to poor sales. Research is currently ongoing to develop new vaccines.

Lyme disease is named for the Connecticut town where there was an epidemic of arthritis associated with skin erythema in the mid-1970’s. The 2010 autopsy of Ötzi the Iceman, a 5,300-year-old mummy, revealed the presence of the DNA sequence of Borrelia burgdorferi making him the earliest known human with Lyme disease.

Now that we’ve learned more about Lyme disease, be sure to come back next week when we continue our Monday morning musings with the next episode of The Simpsons.

And don’t forget to vote in this weeks Bracket Battle!

Have you ever heard of Lyme disease? Do you know anyone who has had Lyme disease? Did they experience Miss Hoover-like symptoms? Have you ever had a memorable substitute teacher? What’s your favourite Simpsons illness reference? What about your favourite Simpsons Lisa related episode? Sound off in the comments below. You know we love hearing from you.