Where Did THAT Come From – Virgil’s Cabin

Just hear those sleigh bells ring-a-ling, jing jing jing-a-ling too… Yes Addicts it’s lovely weather for an origin together with you! 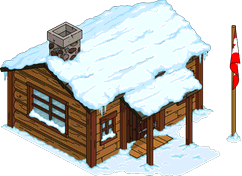 Woo hoo! It’s holiday time in TSTO and with the first Act of goodness comes all sorts of different items. I took my first look at everything and smiled big. Snowmen, merrymakers, holiday facades… so cool. I could probably gush and gush about everything but that’s not what I’m supposed to be doing… it’s time again for me to dip into my noggin of Simpsons info and write about specific stuff. For this post I will be going over the fourth prize that came with Act I of the 2015 TSTO Holiday Event… Virgil’s Cabin. But what does this building earned for 19,900 Santa Hats have to do with the Best. Show. Ever.? Where the heck did the Canadian’s build a cabin and what does it have to do with The Simpsons? Well.. let’s take a look at the TV Series to find out.

So… this new cabin doesn’t come from a Christmas episode but it does fit in well with other holiday items we’ve received. Basically, Lisa finds out during a Family Tree assignment for school that The Simpson family once upon a time owned slaves. She was looking for noble figures in the branches and instead finds “horse thieves, deadbeats. horse beats, dead thieves and even a few alcoholics.” Weird that she’s related to Adam and Eve Simpson aka Julius and Ethel Rosenberg. Gotta love a historical reference. The episode shows the story of Lisa’s ancestor, one Eliza Simpson, and how she helped her slave Virgil escape to freedom in 1860. 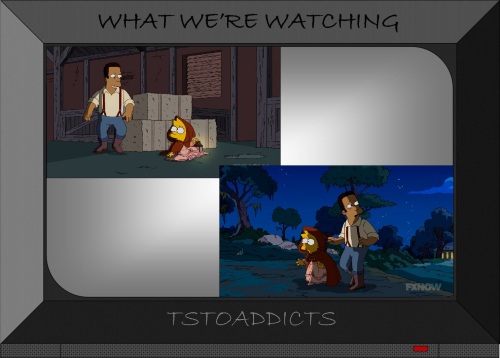 Long story made short, Eliza’s mother Mabel helps out (so does Abraham Lincoln) and they successfully smuggle Virgil to Canada. Mabel falls in love with Virgil and they settle down. 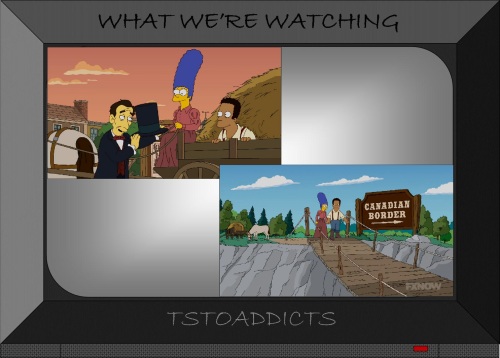 There’s a beautiful shot of the cabin which now graces our towns at the end of the episode.  Virgil took the name Simpson and him and Mabel had a son named Abraham who is Grampa’s great-great-great-Grandfather.  Turns out, the Simpsons are 1/64th African American.

And that’s that friends. The origin for Virgil’s Cabin. An item from the 1800s that now is part of the weird conglomeration of Simpsons origins we call our TSTO towns. What do you think of it? Did you earn it? Where’d you place it? Sound off and merry tapping compadres.

This entry was posted in Buildings, Where Did THAT Come From and tagged 2015 TSTO Holiday Event, Abraham Lincoln Simpsons, Christmas Prizes, Eliza Mabel and Virgil Simpson, Tapped Out Christmas Update, The Simpsons are Black, The Simpsons Tapped Out, TSTO Addicts, TSTO Christmas 2015, Virgil's Canadian Cabin Simpsons. Bookmark the permalink.

24 responses to “Where Did THAT Come From – Virgil’s Cabin”