It’s the most wonderful time of the year!!!  IT’S CHRISTMAS!!!!!!  Snow is falling in Springfield and snowmen are being built, Gingerbread is cooking and IT’S CHRISTMAS!   May be less enthused about other holidays but Christmas is my favorite!  Favorite at home and favorite in TSTO!

For the last year or so, EA has broken up Events into stages.  Where every couple of weeks new prizes will be released.  They’ve also, over the last year, added an element of crafting to each Event, where you pick which prizes you want and craft accordingly.  And they’ve continued both methods into Christmas 2015.

While the prizes themselves are pretty self explanatory, collect this to earn these prizes, crafting is a whole other “animal”.  Crafting requires some self direction.  You decide what you want and collect the items to craft accordingly.  Sometimes this is successful and sometimes it’s not.

We broke down the details on crafting for Act 1 here but now that a new Act has hit, let’s take a look at all the new craftable items added for Act 2… 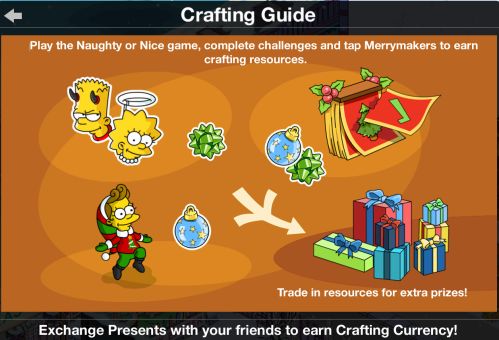 END_OF_DOCUMENT_TOKEN_TO_BE_REPLACED

Should I Spend Donuts on the North Pole Station?

It’s Christmas in Springfield!  Time to hang the stockings and stock up on donuts because there are new Christmas themed premium items in our stores!  Now I know you may be trying to decide if these are worth YOUR donuts, but don’t sweat it!  We’re here to tell you what’s worth the donuts and what you might want to hold off on.

And of course some of you have gotten your Christmas wish…in that if you missed it, you can now get the Monorail!  (via the North Pole Station)  Many of you probably saw this popup in your game the other day…

Wondering if you should add the North Pole Station (and it’s included tracks) to your Springfield?  Well before you hit that confirm button let’s break down the pros and cons of adding this festive station to your town! 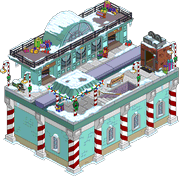 END_OF_DOCUMENT_TOKEN_TO_BE_REPLACED

Tagged does the north pole station come with a monorail, donuts, How do I get the Monorail, Monorail Tracks, Should I Buy the North Pole Station, Should I Spend Donuts On, Tapped Out Christmas 2015, Tapped Out Premium Characters, Tapped Out Tips and Tricks, The Simpsons Tapped Out, TSTO Addicts, tsto christmas event, TSTO Tips and Tricks

Well here we are, in the most wonderful time of the year…Christmas in Springfield! The leaves on the trees have fallen, snow blankets the ground and there’s joy all around town!

is Abercromie & Rich, for those times when you want to see someone with a 6pack without their shirt on… 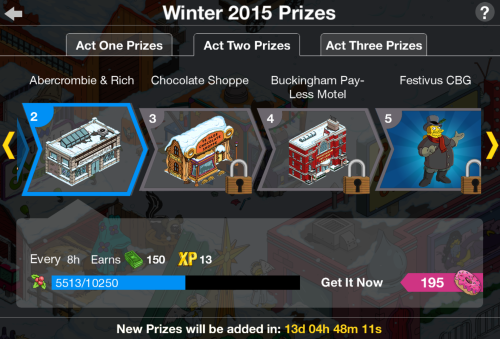 END_OF_DOCUMENT_TOKEN_TO_BE_REPLACED

With all the cool new stuff that is in our silly lil games for Act 2, I figured it may be helpful to give you an idea of just how much help and beneficial upgrading some of the New “Locations” will be to you. 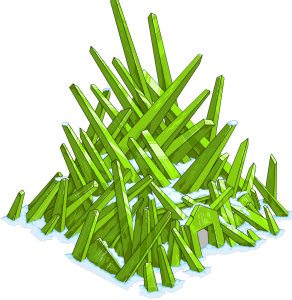 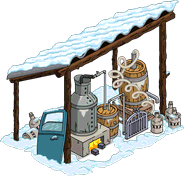 New Christmas weekly challenges have restarted today!  So let’s take a look at what you’ll need to do for 5 days during week 3 to earn bonus prizes and 20 bonuts!