Where Did THAT Come From – Orb of Isis & Velvet Rope

Yes that’s right folks… we’re way past dino DNA and now in the world of sand and Egyptians. Before I turn people away with a quote from Anakin or start butchering Bangles lyrics again, I’ll just say woohoo for new things in TSTO! As usual, new additions mean it’s time for me to stop eating cheetos in my recliner while working on my weekly podcast and get to writing about the origins for it all. It’s always a pleasure to re-watch episodes of the Best. Show. Ever. For this round of origins,we’ll be taking at the Fourth Act Two Prize for 43,000 papyrus from the 2017 Time Traveling Toaster Event… the Orb of Isis.

I’m sure it’s not lost on most of us that this item came from a simpler time in life. I’ve actually heard about personalities being blocked and/or blasted for discussion of the Egyptian goddess of wisdom, fertility, health, and marriage because of her name’s similarity to a certain organization. I know for certain there’s a comic book character named Black Adam that hasn’t had his wife around in issues because of name similarity. Heck, I even considered not using the name in the title but I’m a ‘Murican so screw it. This isn’t an orb of terrorism, it’s a silly pixellated prize, right? Anyhoo… this new prize is an artifact from a fictional tomb showing its artifacts at the Springsonian in “Lost Our Lisa” (S9:E24). In the Springfield universe, this was found by Sir Dudley Winthrop. This isn’t a real archeologist but there is a real Etruscan tomb that was found in Italy and connected to Napoleon and Isis worship but I digress.

Bart has a mishap with facial appliances and super adhesive glue that results in Lisa taking the bus to get to the installation. Lis gets lost hence the title and then found by her father. By the time all the shenanigans are done, the last day to see the treasures of Isis is over. 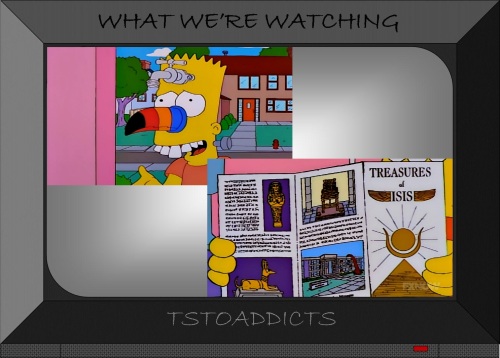 That won’t stop Lisa’s dad from his little girl seeing Egyptian artifacts. “Stupid risks are what make life worth living” so the pair break into the museum at night. 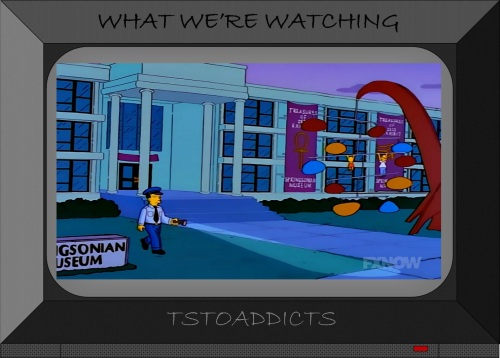 After I stop laughing from Homer telling Lisa to use her fear adrenaline to make a jump and also if she can open the window because daddy’s fingerprints are on the police file, we’re inside the Springsonian. There are lots of beautiful things to see in the exhibit (like ushabtis) but the main attraction is the Orb of Isis.

Too bad it’s kept safely behind a velvet rope… a vel-vet rope. Homer finds Lisa’s adherence to boundaries to be outside the general way he lives his life and knocks over the protective rope which causes lots of items in the exhibit to fall over including the orb. Yikes!

Don’t worry too much friends. The fall simply reveals that the mysterious orb was actually a music box. Lisa and Homer bond as they listen to the music which most likely hadn’t been heard for thousands of years. 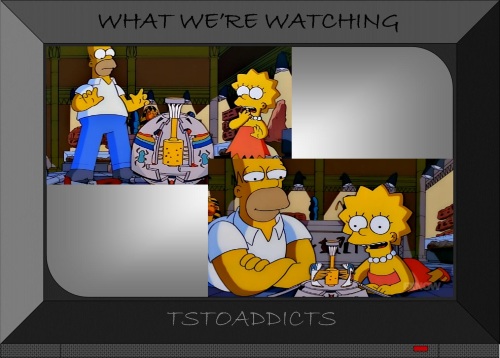 The end. I guess I should point out that the orb also appeared in “Simpsons Bible Stories” (S10:E18) when Moses Milhouse and Lisa were thrown inside one of Pharaoh Skinner’s Egyptian pyramids. 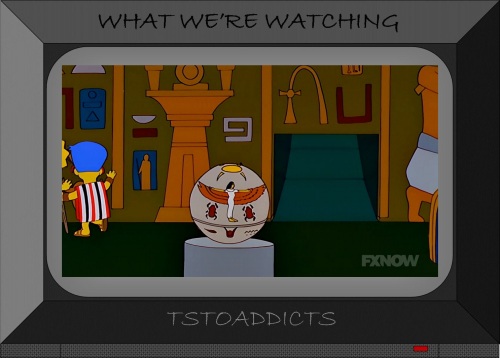 There’s also a fun moment which makes me think of Indiana Jones and the Temple of Doom (my favorite of the trilogy) so this moment is a win win. I always think it’s cool that Milly got to be Moses and now I guess in my mind he’s also Short Round which makes Lisa Indy and that makes me smile.

So there you go… the origin for the orb. A relic found by a fake British explorer that was exhibited in the British Museum and later temporarily displayed in Springfield that now lives for posterity in pixellated form on tapping devices across the globe. What do you think of it? Did you earn it? Buy lots of velvet ropes? Think people make too much about names and acronyms? Like the music you can hear in the game just like Lisa and her dad? Sound off in the comments and happy tapping whether it’s before or after the museums close.