How much longer EA can keep Tapped Out going is up for debate. But what isn’t debatable is that there are plenty of characters in the rich history of The Simpsons universe still not in our little game. From Homer’s college mates to his look-a-likes, from Bart’s crushes to Lisa’s idols, from four-eyed friends to four-legged pets, there is plenty of ‘untapped’ potential (pun intended). But which character do we really want?

We present to you the TSTO Addicts: Most Desired Character Bracket Battle….. 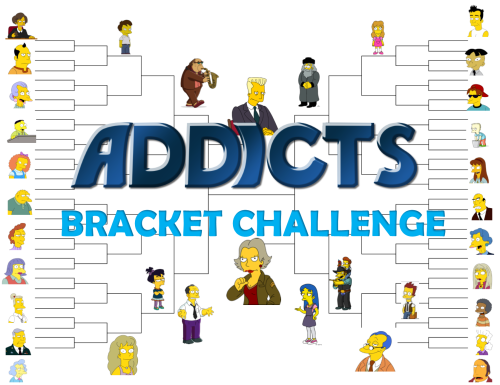 For all the rules on who was picked and why, and when/how voting works check out our week 1 post which can be viewed here.

Now without further ado, a recap of the results of our final week of eight conference quarter-final match-ups:

24 favourites won, while we had 8 upsets. The top four seeds advanced in the Mens, Combos, One Hit Wonders, and Girls conferences.

Over the next two weeks, we will narrow down the field from 32 to 16. As the voting gets tougher, we have removed the ‘show results’ from the poll; so be sure to share your comments on who you voted for and come back next week to see the results. Now without further ado, our first eight Conference Semi-Final matchups: 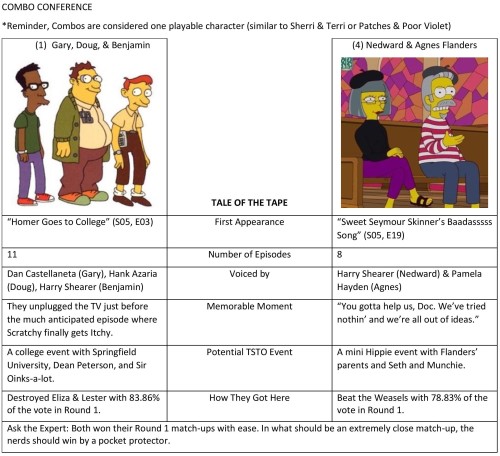 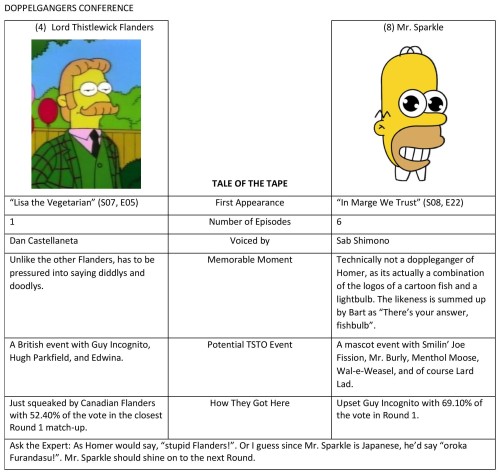 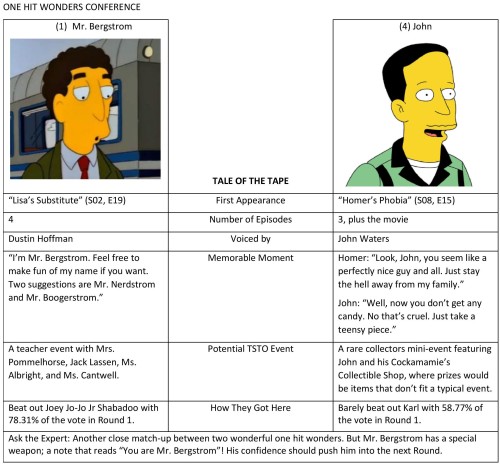 What are your thoughts on this weeks eight match-ups? Who did you vote for? Of the eight match-ups above, which was the easiest decision and which was the hardest? What do you think of the 32 who have made it to Round 2 of the Bracket? Which characters were wronged in Round 1? Sound off below, you know we love hearing from you.