Where Did THAT Come From – Yakuza Soldier

What do you get when you cross the Yakuza and the Russian mafia? Killed. In our silly lil game, we sometimes see things pop in that we have no clue as to their Origin. They seem familiar, but we just can’t pinpoint from where. So that is why we decided to make a fun lil reminder out of it. To let you know just Where Did THAT Come From?

Wowza… the 2017 Secret Agent Simpsons Event is in full effect and we’re all busy collecting intel, crafting subversive surveillance items, and tapa-tapa-tapping secret agents and spies in a covert palooza all about Globex, the EPA, GHOST, and the CIA. It’s enough to make me want to watch Roger Moore, Sean Connery, Don Adams, and Rowan Atkinson on repeat. Hooray for new ideas in TSTO. Just like the xxth Bond movie, life lessons as an adult, or an intelligence collection mission, I’m sure a lot of us never saw this coming. Of course, with any new event, there’s always an inevitable tapping on my attic floor from Alissa to get started on writing about the origins for it all. It’s always a pleasure to re-watch episodes of the Best. Show. Ever. to do just that. For this round of origins, we’ll be taking a look at the fourth prize for completing Wall Street dossiers… the Yakuza soldier.

This is the Marge and her Pretzel Wagon versus the Investorettes (Agnes “Lamb of God” Skinner, Edna Krabappel, LuAnn Van Houten, and Helen Lovejoy) and their Fleet-a-pita episode. As Marge-centric stories go… this one is a lot of fun. 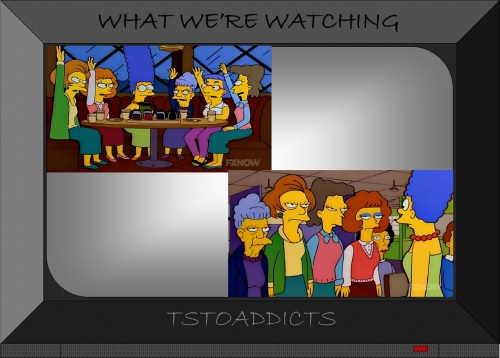 The world of high-risk ventures leads to some serious competition between all the ladies. It’s pocket bread with flavor sauce on crunch patties from an area of the world Helen Lovejoy considers “iffy” in a streamlined food truck versus hard-working home baker Marge Simpson in the “dynamic world of mobile pretzel retailing” with her station wagon. Pretzels are knot bread lol. 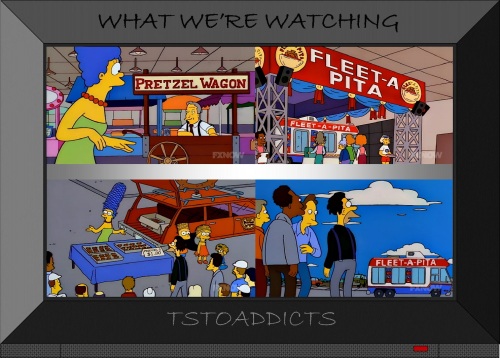 Fleet-a-Pita is much more popular and the rivalry leads to black days for baseball as Marge’s pretzels injure Hall of Famer Whitey Ford leading to Homer obtaining backing from the Springfield mafia for his wife.

The Investorettes counter this muscle with their own backer… The Springfield Yakuza aka “the Poison Fist of the Pacific Rim.”

And bring on a great battle between Fat Tony, Legs, and Louie versus Hiroshi, Yukio, and three other Yakuza gangsters.

I think what I love most is Homer being sad at having to go indoors before “the little guy” does something cool. Said little guy is our new Yakuza soldier character in the game. Sure he busts through the window and apologizes for the damage but on screen his martial arts prowess is never really seen. 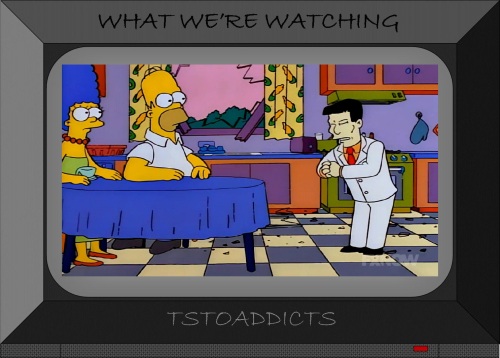 Now we can see him kick butt in our very own Springfields. Pretty neat prize IMHO.

Anyhoo… that’s it for the Yakuza soldier. Did you remember the appearance? Sound off with your thoughts and hopefully this new addition doesn’t spell future turf wars in our towns. I’m siding with Marge provided we get her Pretzel Wagon. Happy covert tapping friendereenos and stay classy as usual.

6 responses to “Where Did THAT Come From – Yakuza Soldier”