Where Did THAT Come From – Excavation Site and Mom & Pop Hardware

A new event… I can dig it… literally. It may have all started with a toaster as my morning often do but this event holds lots of new things for our games. Woohoo! As usual, new additions mean it’s time for me to stop eating cheetos in my recliner while working on my weekly podcast and get to writing about the origins for it all. It’s always a pleasure to re-watch episodes of the Best. Show. Ever. For this round of origins, we’ll be taking at two freemium items that arrived at the beginning of Act One of the 2017 Time Traveling Toaster Event, the Excavation Site and Mom & Pop Hardware.

First up in order of appearances… “Lisa the Skeptic” (S9:E8). I talked a lot about this episode in previous origin posts for the Angel Fossil and the Heavenly Hills Mall. Seems the designers at EA were inspired a lot by this episode. After all, it was an excavation site that prompted the entire episode about science versus religion. 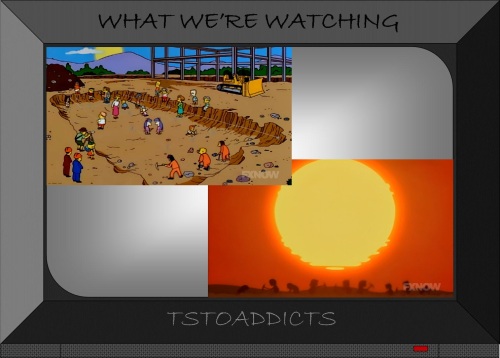 The Raiders of the Lost Ark moment probably has a lot to do with my love for this being in the game but it’s a fun sequence. Lisa got most of the school… well at least the honors students and detention kids (which is basically Bart and Lisa’s classmates plus the bullies) to look for fossils to keep the mall from being built. I always laugh as the field trip is ready to leave, Lisa finds the angel fossil, and then suddenly, all of Springfield is there. Makes no sense but makes me laugh. 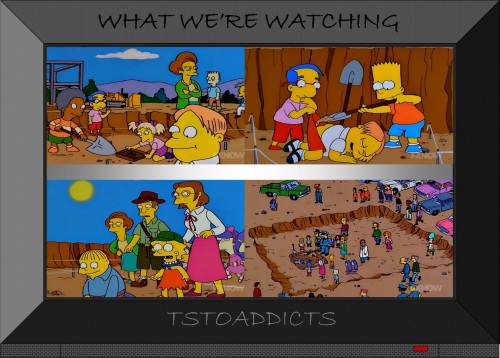 Just like the game, the mall was built (well, for donuts splurgers anyways) but now we have a freemium remnant of the fun that possibly led to an entire event about fossils, time traveling toasters, the primeval world, Egyptians, and pirates. I guess if you didn’t buy the mall this is a way to be on Lisa’s side against corporate schilling. Science for the win I suppose. Next up in this dig for Simpsons origins… Mom & Pop Hardware. For this we head to “Mom and Pop Art” (S10:E19).

I’ll always think of this episode as the Le Grille hilariousness but now this gem about Homer pursuing a career as a modern outsider art sculpturist has brought a wonderful new building into our game. Long and short is we first find Homer putting the beer in the coconut and throwing the can away. I said Homer! Laughing my fur off here friends. Such a nice image I had to include. 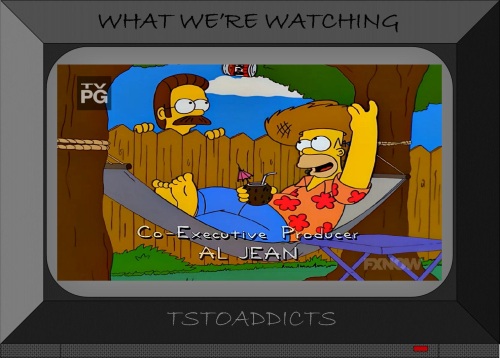 Marge would prefer her hubby be like other men who don’t have their pants bought at special stores and do some chores around the house. Homer has his Saturday ruined for the happiness of his wife and heads to Mom & Pop Hardware to get supplies for said chores (finish painting the garage, take down hostage ribbons from the old oak tree, and getting that snake out of the piano). Too funny that he went there to get cutters to get the lock off his tool box. 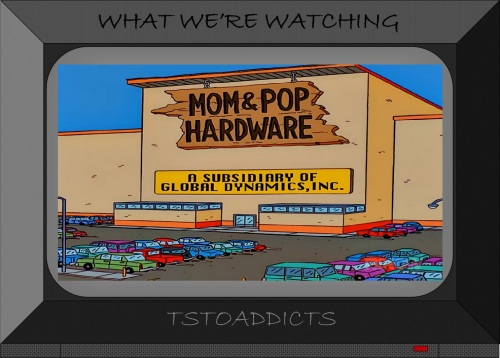 I also laugh at who Mom and Pop are. 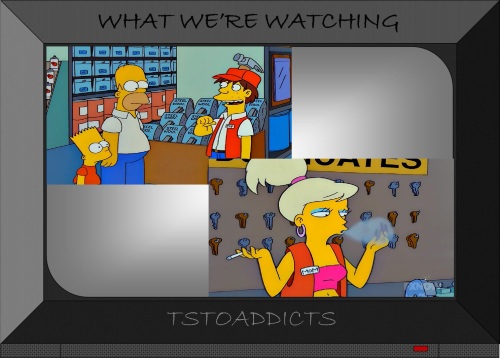 The rest of the episode spirals after Homer decides to get a BBQ Kit Pit. I wrote all about that in a WDTCF for the barbecue pit way back during Level 48 in January 2015. Remember those days of level updates? Anyhoo… did you remember the appearance? What are your thoughts? I’m stoked for these items as freemium adds and for the chance to revisit these episodes. Hope your time traveling hasn’t resulted in any unforeseen consequences. Stay classy and all that goodness.

This entry was posted in Buildings, Decorations, Where Did THAT Come From and tagged barbecue pit simpsons, Fossil Excavation Site Simpsons, Hardware Store Simpsons, Mom & Pop Hardware A Subsidiary of Global Dynamics Inc. Simpsons, The Simpsons Tapped Out, Time Traveling Toaster Simpsons, Toaster Time Travel Event, TSTO Addicts, TSTO Time Travel Update, You put the beer in the coconut and throw the can away Simpsons. Bookmark the permalink.