Where Did THAT Come From – Hairy Shearers

It was only a matter of time before the game became more like The Flintstones. That’s right friends… we had a gay ol’ time recently in TSTO and frankly, it was fabulous. Lots of new characters and buildings and an event closest to the good old days of level updates in a long time. Even better, Springfield properly celebrated Pride although I’ll agree with Patric that the dialogue was certainly written by heteronormatives. This isn’t the place for a debate about choices or lifestyles though. This is Addicts… a loving community where all are welcome and we got new stuff so the fuzzball is gonna tell you the origin for it. For this round we will be taking a look at Hairy Shearers which came as a premium combo with Julio for 155 donuts.

Of all the buildings that were made available during the Pride event, this one is by far my favorite. Even if I hadn’t wanted Julio in my town, just placing this hair salon paying tribute to one of the amazing voice talents of the Best. Show. Ever. was a must. Our first appearance comes to us via “The Two Mrs. Nahasapeemapetilons” (S9:E7). This is a lovely episode with Apu torn between his familial duty to marry Manjula and his life as an eligible bachelor. His mom is the other Mrs. if you were wondering.

Hairy Shearers shows up after Apu lies to his mother to say he’s already married and can’t fulfill his obligation in an arranged one. Interesting that it’s green here. 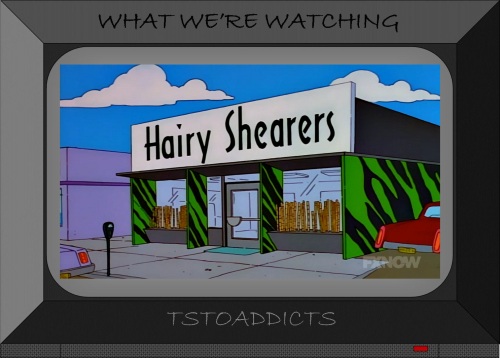 I also love all of Apu’s different dos. This is like my childhood encapsulated in one hair salon.

It’s not until “Hungry, Hungry Homer” (S12:E15) that we get the pink version from our game. In this episode, Homer goes on a hunger strike to keep his beloved Isotopes from moving to Albuquerque. You know things are serious when Homer Jay doesn’t eat. Before that though, we get Blockoland AND an appearance by Marge’s hair stylist at none other than Hairy Shearers after Homer decides to stand up for the little guy more often instead of telling the kids they can’t fight city hall. 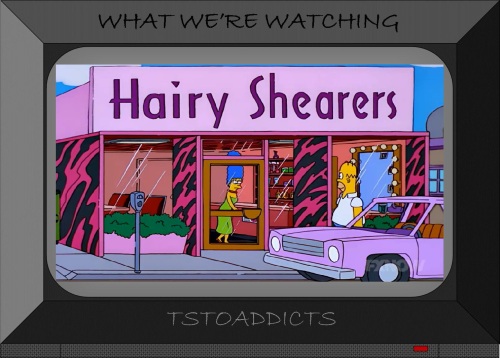 We get one last appearance in “The Blue and the Gray” (S22:E13). Marge still goes there to get her hair did but now it is Julio’s domain and once again looks different. 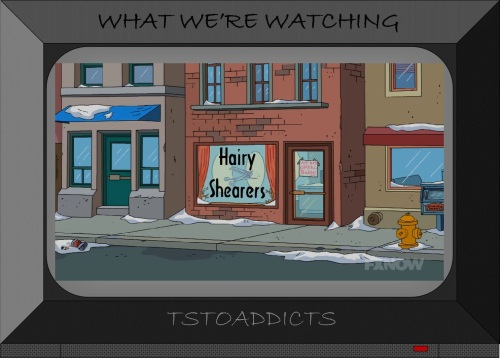 So there you go… the origin of an awesometacular new premium building that honors the voice actor who brings us Waylon Smithers, Mr. Burns, Ned Flanders, Skinner, Kent Brockman, Reverend Lovejoy, Dr. Hibbert, Otto, Lenny, Scratchy, Kang, Rainier Wolfcastle, Judge Snyder, and many more. What do you think of it? Did you buy it? Do you like the pink leopard version? Think it is possible that Springfield has three different hair salons with the same name? Sound off in the comments and y’all stay classy.

7 responses to “Where Did THAT Come From – Hairy Shearers”