Just as we suspected,  EA has dropped a Level 58 on us and it looks like there’s gonna be competition for Tony.

As I’m away from home at the moment… gimme a bit to go through it all and Alissa and myself will get all the details out. 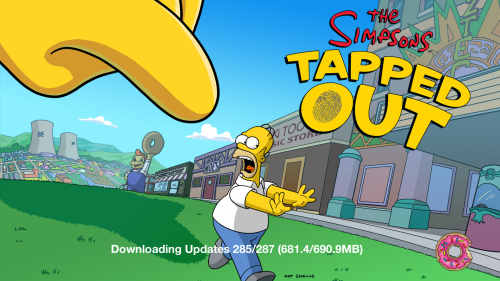 Back with more in a bit…

BEWARE! I see many of you experiencing the usual “Rollback” that comes when Updates first hit. If you experience this, you are going to have to reach out to EA for assistance and most likely Level Up again.

END_OF_DOCUMENT_TOKEN_TO_BE_REPLACED

Springfield Heights Edition: Should I Spend Donuts on the Polo Field House? 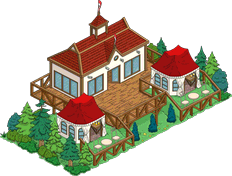 END_OF_DOCUMENT_TOKEN_TO_BE_REPLACED

Update: Version 4.16.9 is the current version out for Android.  iOS is still on 4.16.8.  If you’re on iOS and your version is 4.16.8 sit tight, as 4.16.9 should be hitting for you soon.  They may be waiting for these issues to resolve to release or or Apple could be holding it up.  IF you’re on iOS and getting a message when visiting friends that they have a newer version than you, it’s probably because they’re on Android and have Version 4.16.9.

Just popping in with a quick tip for those Tappers using iOS (Apple) devices and the new iOS 9 Software.

The new iOS update (the actual update from Apple, not something EA has anything to do with), iOS 9 has a lovely glitch with it that impacts the ability to update apps.

So check to see (or remember if) you’ve downloaded the latest software for Apple (iOS9) in the last 24 hours…if you have that’s probably why you’re not seeing updates to TSTO.

So what can you do about this?  Personally, I don’t really use Apple devices on a regular basis so I can’t check things out but I did search the Apple Forums and a few tips to try came up.  So if you’re having issues try the following methods:  END_OF_DOCUMENT_TOKEN_TO_BE_REPLACED

Posted in Tapped Out, Troubleshooting, Updates

Should I Spend Donuts on the Old Gray Mare?

Level 57 hit our devices last week and with it arrived an all new fun little decoration for your Springfield…the Old Gray Mare!   Now I know you may be trying to decide if this is worth YOUR donuts, but don’t sweat it!  We’re here to tell you what’s worth the donuts and what you might want to hold off on. 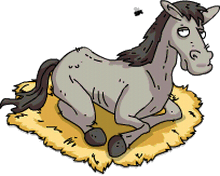