Where Did THAT Come From – All Around the Globex Edition

Hey hey hey friends! Why did the spy cross the road? Simple… he never really was on your side.

Wowza… the 2017 Secret Agent Simpsons Event is in full effect and we’re all busy collecting intel, crafting subversive surveillance items, and tapa-tapa-tapping secret agents and spies in a covert palooza all about Globex, the EPA, GHOST, and the CIA. It’s enough to make me want to watch Roger Moore, Sean Connery, Don Adams, and Rowan Atkinson on repeat. Hooray for new ideas in TSTO. Just like the xxth Bond movie, life lessons as an adult, or an intelligence collection mission, I’m sure a lot of us never saw this coming. Of course, with any new event, there’s always an inevitable tapping on my attic floor from Alissa to get started on writing about the origins for it all. It’s always a pleasure to re-watch episodes of the Best. Show. Ever. to do just that. For this round of origins, we’ll be taking a look at a whole ton of things all from the episode which brought us Globex and Hank Scorpio.

After Smithers turns down a job opportunity with Globex, they seek out the next senior employee on their list… one Homer Jay Simpson. It’s more money and health benefits in “Cypress Creek upstate somewhere”but Marge isn’t thrilled about Homer taking a new job without talking with her. In the educational video about the town that works, we see Cappuccino Royale and the Globex Balloon in the film about the planned community for workers of the corporation.

The Simpsons say so long to Stink Town aka Springfield (after quite a few goodbyes from characters of the show) and are off to their new home, Cypress Creek which is an idyllic place with a quaint little welcome sign. 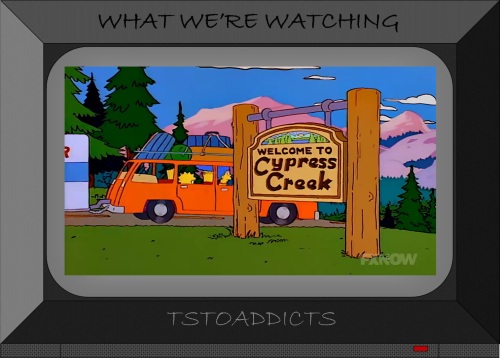 They have their awesome new digs and Hank Scorpio even shows up to personally welcome the family to the team. “Hi! I’m here to welcome you on behalf of the President of the Globex Corporation. Me!”Nothing says welcome like a fruit basket including papayas.

Homer heads to work the next day in his fancy new job. Globex looks high tech for sure. 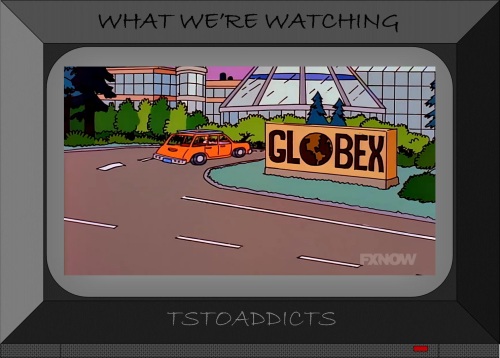 I don’t blame Homer for liking his new digs. Lisa and Bart find their new school easily enough. Note: if you type in the url from the sign… it’s not a real web site but it does link to a search including Stanford SATs so that’s pretty fancy.

Bart is a slacker again especially when he doesn’t know cursive, multiplication, or long division. He ends up in a remedial class. Marge is bored since her house does everything for her. Lisa finds out she’s allergic to everything. So basically it’s great for Homer and no one else in the family. So Homer finds out his new boss is an evil mastermind when he drops by to get business hammocks for his workers. The exterior of the new premium makes more and more sense. 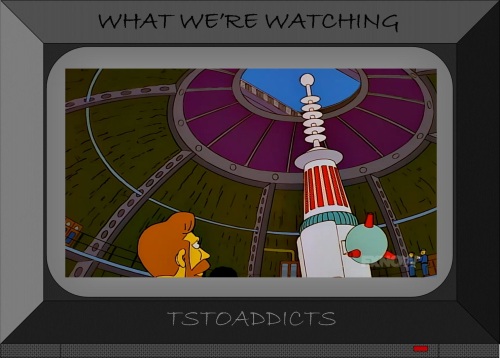 Uh oh… the UN maybe should meet Scorpio’s demands… or move to Cypress Creek since they have FOUR hammock shops. Funny to think that Albert Brooks ad libbed that whole bit. Also, Homer proves to be a good henchman when he helps Scorpio take out a loafer named James Bont. Asa fun side note, if you turned the snack machine in the top image purple, it’d be a duplicate for the vending machines from the last event.

Anyhoo… do to his family’s unhappiness, Homer ends up having to quit his job and tells Hank while his organization is under attack by government forces. Scorpio’s side includes deadly Femme Fatale. 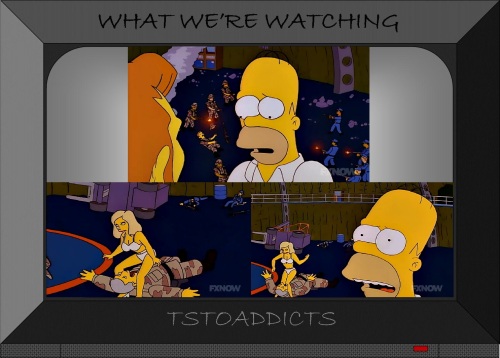 So there you go friends. A lot of the news stuff from one of the best episodes of The Simpsons. I’d argue that Hank is probably the best one-off character we’ve ever gotten besides Lyle Lanley. I personally love to send him out with his flamethrower all the time. Watch out East Coast, this Branson parody of a supervillain is coming for you. 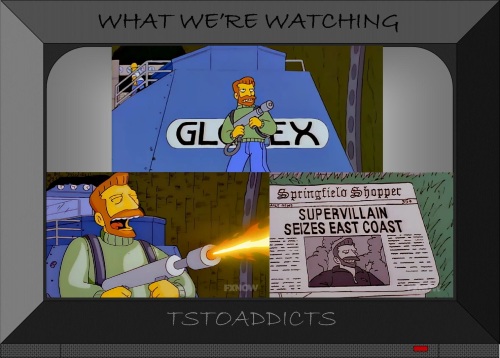 Good stuff. I think it’s interesting that Mr. Scorpio was originally considered for the villain in The Simpsons Movie which also ties in to this event. What do you think of all the items? Did you splurge on the premiums? Remember all these? Sound off in the comments and here’s wishing you successful mission accomplishment in the game and life in general… covert or otherwise.