TSTO Musings About The Real Moms of Springfield…

Another TSTO Thursday, and this time we have an update in Springfield! As usual I have some thoughts, about the update and going forward, so let’s get to ‘em… 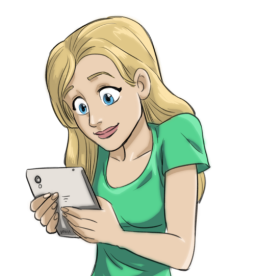 -How great does it feel to have new content in our pocket-sized towns? Forget about the content itself for a minute, it’s just really nice to have new stuff in Springfield!  New things to buy, new items to unlock, buildings/decorations to work into town, and several new questlines to work on.  I love it!  Feels so good to be active, with new stuff, in Springfield again!

-How about this content?  I love the Mother theme of this mini-event!  It’s great to finally have Martin’s mom in Springfield too, and the fact that she’s a prize is really nice.  Plus, if you drop the donuts, now Sherri and Terri won’t be orphans anymore. Great to have 2 more females, and moms, in Springfield.
Sure a couple of the prizes are lacking, the Kitchen Carnival (although classic) isn’t the greatest prize and Mona and Nana Sophie (two returning characters) are a bit lackluster for longtime players. But overall this is a solid mini-event.

-The theme of this mini-event strikes me as something that should have hit last week and for whatever reason, they held it up.  So, it’s possible, that this event is the one that some folks were told would hit on May 8th…even though there was another update that hit May 8th, 2018.  At this point, it’s all speculation, but it makes sense to me that this was supposed to be released last week (or even the week before) and something happened that caused a delay.  (like server issues etc)

-With the additions of Mrs. Prince and Jerri, we’re at 408 playable characters in Springfield (this doesn’t include NPCs) and with the addition of the Jake Boyman costume, we’re now at 174 costumes. Crazy to think about it.  While there are SO MANY characters in The Simpsons, I don’t think in 2012 any of us (EA included) thought we’d get to over 400 full characters in TSTO.

-The Amazon Zoom issue is fixed!  So happy for Amazon users to finally have their games return to normal.  And, I’m going to say it, I told you all that the C/S reps were full of it when they said they weren’t going to fix the problem.  Zoom issues have been happening on various devices for a few years now, they always fix them.  Sometimes it takes some time, while they figure out the root of the issue, but it gets fixed.  Frustrating for sure, but just have to have some patience with EA fixing those larger scale problems. Now if we can just get them to fix the Zoom issue on Android Pie…

-Speaking of issues, a new one is starting to spread…lock out on Samsung S10 Devices.  At first, all reports (that I saw) were of devices outside the US, but it’s starting to spread to those inside the US.
From what I’ve gathered, based on your reports, it happens once you download and install the newest Samsung update. I just received an update yesterday morning on my S10.  I was a bit nervous to download it, knowing about this lockout issue, but knowing I have several “backup TSTO devices”, I tried it anyway.  No issues for me.  🤷‍♀️  I did see the Bart Screen a few more times than I have in recent weeks, but I attribute that to more people playing right now.
So if you’re one of those folks impacted by the lockout on S10 devices I suggest you contact EA directly.  You can do so here.

-So now that we’ve had an update, do you guys think they’ll go back to rapid fire update pace?  Or we’ll have long breaks between them?  This is now the 3rd mini-event (4th if you count Marge at the Bat) in a row, think they’re gearing up for a large summer event?  Or think we’ll see a mini-event pace for a while?

-Even though we have update coverage to bring you we’re still going to continue with some of our “downtime” posts as well (this post included).  We’re having fun writing “outside the event box”, so we’re going to continue doing so.  Not every “downtime” post will make its way into the post rotation during this event, but we’ll see what we can work into the plan. Plus, now that we have something to talk about, we’re working out when we can get 1 more Addicts Live in this month.  So be on the lookout for that this Saturday. We’re going to continue to have fun, no matter what the game throws up so we hope you’ll enjoy the ride with us! 😊

Thoughts? Care to share your own musings? Any thoughts on regular posts you’d like us to run during downtime? Did you contact EA to tell them you’re mad as heck? Sound off below, you know we love hearing from you!

39 responses to “TSTO Musings About The Real Moms of Springfield…”