So here’s your official TSTO Addicts reminder…all new episode, the season’s second episode, this Sunday, October 4th, 8pm on FOX (at the same time on City TV in Canada)….“I, Carumbus”! 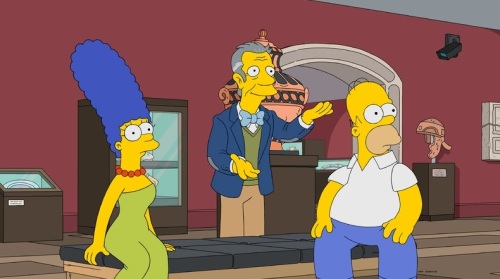 “At a museum exhibit of Ancient Rome, Marge and Homer get into an argument about Homer’s lack of ambition. They then imagine a Roman version of what would happen if Homer was more career-driven.”

And don’t forget to swing by the Addicts Shop for your favourite TSTO paraphernalia.

Are you excited for the new episode? Were you excited The Simpsons was back last week for an all new 32nd season? What do you think will happen in the new episode? Looking forward to The Simpsons tackling Ancient Rome? What’s been your favourite second episode of our favourite family over the past 31 seasons? Sound off in the comments below, you know we love hearing from you!