IMPORTANT: DO NOT HARD CLOSE YOUR GAME (meaning shut down the app)!  Hard closing impacts the Monster Timer…hopefully EA fixes this soon…

NOTICE #2– this one from Patric–
There is a patch coming from a mini-update that will return your XP % Back to Pre-Glitch levels. Close and restart, if you haven’t seen it. Post here.

I get it…a lot of you are angry.  Your frustrated.  Your game isn’t working right.  You feel cheated.  You’re mad as hell and you’re not going to take it anymore.  I get it, I really do.  I’m angry too.  I even wore my Angry socks today…

Hopefully that at least made you crack a smile..or even a little laugh…(and yes, those are the socks I’m wearing today…those are indeed my feet lol)

Issues/Bugs/Glitches/Problems/Lack of Game to download….are not new issues for this game.  And if you’ve been playing as long as I (or Wookiee, or Bunny, Or Patric) have, you’ll know we see them all the time.  And well..

So let’s compile a list of all the issues and tackle some of your burning (get it..because of the angry socks hahaha) questions and see if we can put our colletive minds at ease.  (as well as hold EA’s feet to the fire to fix some of these bugs…)

I’m Locked Out Of My Game!  My Password and User ID Keep Coming Up As Invalid!  What the heck?! 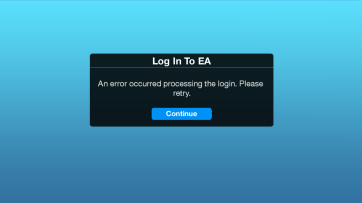 So this is something that happened a couple of weeks ago as well….this time it doesn’t seem to be as widespread, but it is impacting our very own Wookiee.   We first covered this last month in this post.  At the moment, if this is happening to you the only thing I can tell you to do is contact EA.  They need to know who’s impacted so they can work to fix it.  You can contact EA here:

I’ve Downloaded the Update from the App Store, but I’m Not seeing Anything!  No dialogue, no changes..nothing.  What do I do?  All of my characters are free!

So we saw this one a few times last night and a couple more this morning.  It sounds like something didn’t fully download for you.  Thanks to a few readers who offered of this piece of advice to fix the issue:

Turn off your Wifi and then open Tapped Out. An in-app update will start downloading. Then exit Tapped Out, turned on your Wifi again, and it should be working

We’ve had many reports that this solved their issue…so if you’re experiencing this problem, give this method a try.

I Purchased the Pumpkin Mystery Box and I won Acorn Kirk, but I can’t find him anywhere!  He’s not in my inventory and not in my game, what do I do?

Seeing this a few times too.  First thing I’m going to tell you is to double check your ENTIRE inventory..not just the character icon.  Look through the list that pops up when you first go into your inventory (don’t hit any icons) and see if you see it.
If it’s for sure not in your inventory…Contact EA.  Let them know what happened and that it’s gone missing.  I will tell you the first thing they’re going to tell you to do is uninstall/reinstall your game..just a heads up.

My Giant Monster Timer Is Broken!  It Keeps Resetting back to Four hours and never Spawns a New Giant Monster!

It appears for many of you there’s a glitch where your Giant Monster Timer counts down for a period of time and then before it gets to 0 (and a Monster spawns) it resets back to four hours.
There is no quick fix for this..other than the usual Uninstall/resinstall (and remember when you do this, clear your cache first, then uninstall, then restart your device and then redownload TSTO).  So beyond that my answer is…

Also, know that you’re not alone there are others experiencing the same issue…

Update: Addicts reader Shan has suggested this “I moved the MAG Office to a different location, without storing, and it seems to have fixed the monster timer glitch”

IMPORTANT: DO NOT HARD CLOSE YOUR GAME (meaning shut down the app)!  Hard closing impacts the Monster Timer…hopefully EA fixes this soon…

I Still Don’t Have the Update In My App Store!  I’m on Kindle…

So for whatever reason the update has not hit Kindle stores outside  of the US.  I know for sure it’s not in the UK, not sure about other countries.  It has hit the Kindle markets in the US…so I don’t know what the hold up is.
I can tell you it was released to Amazon, but for whatever reason Amazon UK (and maybe others) are taking longer to approve it.  I don’t know what…and I’m with you it’s absurd you don’t have it yet.  All I can suggest doing is contacting Amazon and asking where it is.  Let them know it’s hit the Amazon US market…so why don’t you have it yet?

Yes, in a NOT COOL EA! move they changed the Bonus % with the Hideaway.  (we wrote a whole post about it here) Some are reporting it’s a glitch, others saying it’s a permanent change.
Here’s what we know….the EA reps are all giving different stories.  When you contact them, some will give you all of your donuts back.  Others will give you 40 donuts back (which seems to be the common stance we’re seeing from most of you).  And still some are saying they won’t do anything, the studio is working on it and it’ll be fixed eventually…

Come on guys…get your act together!  At least have a consistent message about the change and making it right.  Either give everyone that contacts you 40 donuts, all their donuts…or no donuts.  Don’t have different reps give different amounts.  It looks bad…and isn’t right.

And either it’s being fixed…or it’s not.  But be honest with the players.  Everyone feels cheated by this in some capacity or another…so step up, be honest and make it right in one way or another.

Yes, we wrote a whole post about it here.  Once you reach Level 939 the XP requirement jumped from 1 million to 10 million.

Honestly, that’s a fair game change by EA.  So many players were taking advantage and bragging about how they had 10s of thousands of donuts from that…it only makes sense that they made the adjustment.

Does it stink? Sure.  But it’s not something to feel swindled over.  If this change makes you want to quit the game then you need to take a good hard look at why you started playing this game in the first place.  Because likely you’ve become more obsessed with collecting donuts than actually playing the game…and at that point, maybe you should stop playing.

Remember…before the end of level updates hit it was a LOT harder to earn donuts via XP.  And the counter changed every time you maxed it out.  Yes, every time a new level hit it reset..but there were MONTHS (nearly a year) between levels….

Plus there are still loads of ways to earn free donuts in the game (Rail Yard, Daily Tasks, Where’s Maggie…Bonuts from the prize tracks after events).  No other game gives away that much premium currency.

So I’m sorry, it’s hard (at least for me) to get upset over this issue.

And I’m fully aware that some of you will yell at me and call me an EA apologist over this.  Go ahead….if it makes you feel better yell at me.  But at the end of the day, it’s a game.  They didn’t take away the donuts you already earned.  So if you want to yell about your time wasted with XP…it wasn’t. You still have all the donuts you earned from the old way.  It’s just a new way going forward….

And while we’re on the subject of game changes….

So this update brought a few changes to the game…. 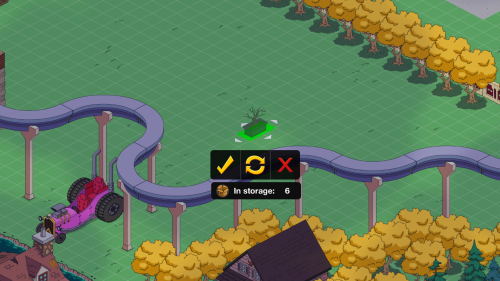 -The costume/skin icons for characters has changed.  Now it shows their unlock/character set image instead of their idol image.

-Building prices for Googolplex, Prison Bus and more were lowered..

Now let’s tackle the event itself….

So here’s the deal…the Giant Monsters are supposed to spawn at a rate of 2 every 4hrs, for a max of 10 in your game at one time.

And they will continually spawn, even when you don’t see the timer.  So if you leave your game for several hours (like I did) you’ll find multiples in your town and once you clear those you’ll see the timer was still running.

So these guys have max of 40 in your town at once, with a bank of 40.  (so 80 max)  The files indicate that the spawn rate is every 20 minutes…now here’s what’s a little more confusing, the number that spawn every 20 minutes.

Some characters from previous THOH Events can also earn Event Currency with 4hr tasks, to “Set Up Training Exercises”.  These tasks earn 50

every 4hrs.  Here’s a list of who I have that can go..
-Booberella
-Suzanne the Witch
-Count Burns
-The Space Mutant

If you see anyone else that can, please let me know and I’ll add them to the list

How Do I Get More Characters To Trick-Or-Treat?  Only Bart (and Squeaky Voiced Teen, if you have him) is currently Unlocked!

To unlock Trick-Or-Treating abilities you first must complete Monster Candy (which unlocks via the main questline, check out the Turbo Tappin’ post for more).  Once you’ve done that you’ll unlock TWO Trick-Or-Treating tasks…for Bart and Squeaky Voiced Teen (if you have it).

So How Do I Earn MAG Points?

You earn MAG points by crafting (and placing) items that award them, unlocking prizes and buying premium items.  We’ll have a detailed post on MAG points as well…since it’s a lot to cover.

But for now the quickest way is to craft (and place) items.  But make sure they say “Earn MAG Points for ___ amount, when Placed” 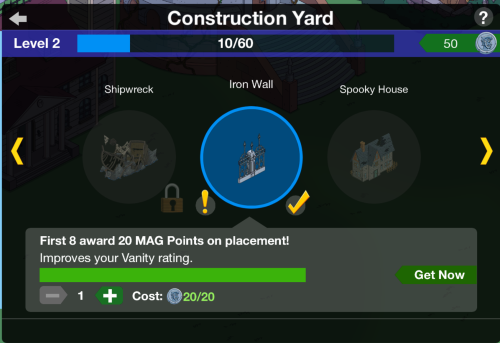 How Do I Unlock Neighbor Actions? What Can I Tap In A Neighbors Town?  Does Anything Benefit Me?

So neighbor actions unlock via the main questline and Where Wild Things Aren’t Questline (which triggers after Part 2 of Lost in la Monstra).

3 Actions/town, and the payout is 5

There are a MAX of 90 actions/day (so 3/town for 30 towns).  And this is evident if you tap the little i icon next to your film count.  This popup will come up telling you how many actions you have left…

This was after I already tapped 2 buildings in a neighbor’s town…so 90 total actions available.

So what happens with those cameras?  Well when you return to your town, you may see this… 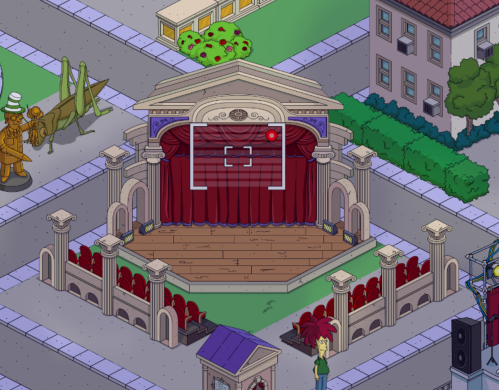 They’re left by your neighbors..and clearing them will award you 1

for every one cleared.

Which makes neighbor actions worth it this go-round!

So I think that covers most of the major glitches/issues and questions! (at least I hope it does)

Remember, we’ll have more detailed posts breaking out a lot of different elements of this update…so take a deep breath and don’t panic.  (and yes, we’ll have Should I Buy posts for the premium items…)

Do you have any of the glitches/bugs mentioned above?  Were your burning questions answered?  Enjoying the event so far?  Anything your excited about seeing/getting?  Sound off in the comments below, you know we love hearing from you!

415 responses to “Addicts Question Corner: Halloween Act 1 & Glitch Round Up”