Moe’s Ark Update in App Store, but NOT Live in Games

Yes, the Moe’s Ark update has hit our app stores.  Yes, it’s a day earlier than expected.  And no, nothing is wrong with your game…it’s not supposed to trigger yet.

If you’ve downloaded the update from the app store you’ll see that the splash screen and icon have changed, however, nothing else has.  This is because the update is NOT set to trigger until TOMORROW, August 1st, at 10am ET.

Which means…you won’t see anything new in your game until TOMORROW at 10am ET.  So don’t panic!

So basically right now Springfield is EXACTLY the same as it was an hour ago.  Nothing has changed except the Splash Screen and Icon.

Once it’s live tomorrow we’ll be back with all of the Act 1 details…until then it’s business as usual for the residents of our Pocket-Sized Springfields…. 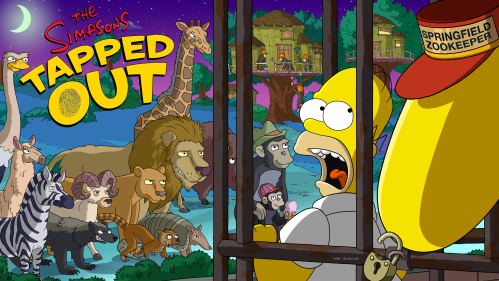 101 responses to “Moe’s Ark Update in App Store, but NOT Live in Games”