Update: THOH is available for download on Android and iOS.  IT IS NOT LIVE IN GAME. Just the app store update is available, it will not go live until tomorrow morning at 10am ET, 14oo UTC.
And so far…they have still not fixed that annoying sound that starts up when you turn on TSTO even if your sounds are disabled…FIX IT EA!

While we wait for Halloween to finally hit…we’ve been given the OK to share SOME spoilers with you guys.  Info is below, so if you don’t want to know…don’t click below…

If you just want the basics…like when it starts, basic theme ideas, mostly spoiler free…check out this post from yesterday.

UPDATE: The update has hit the server, but it’s still not available in the app store as of yet.  Give it about an hour or so, needs to get approval from iOS, Android, and Amazon before it shows up as an update.

Note: New information appeared in the event files that was not in the info packet sent from EA.  In addition to the 600 donuts for new THOH event content, you’ll need about another 800 donuts for additional items not directly related to THOH.  So if you’d like all NEW content for this event you’ll need 1400 donuts…

Kang and Kodos are ready to get their tentacles dirty, by summoning villains and monsters from other universes to do their dirty work. They’ve tried all their own ideas, now it’s time to steal from everyone else’s.

However, their multi-verse portal tech malfunctions and anyone can pass between universes. Kang and Kodos are in over their heads and must enlist the help of unlikely allies when the Rigellian Devil comes to Springfield.

Kang and Kodos open a portal to alternate universes and send a call to the worst of the worst to join them. To their dismay their call is answered by the C-list of Doom, villains who’ve been defeated or that are low level threats. Just as it seems all hope for world domination is lost, Zia Simpson comes to Springfield and uses the Ultranet from the future to send a call to real monsters and villains.

Characters to keep free for Act 1…

Monkey Paw Salesman and his Shop… 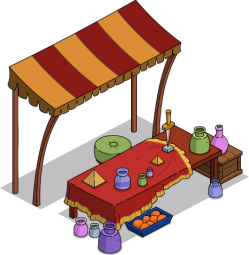 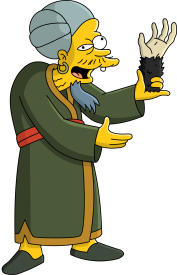 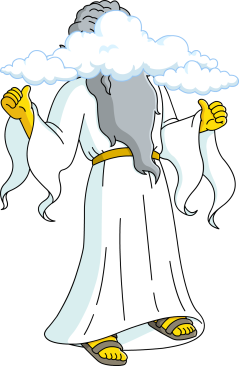 And that’s it my friends…all the info I can share with you at this time.

Thoughts?  Comments? Concerns? Excitement? Disappointment? Sound off below, you know we love hearing from you!