Still playing a giant game of catch-up (anyone have the mustard?) between both work and this site.  This was the first time I’ve taken a week off in February, ever.  And while it was great for travel (Disney crowd level was great), it apparently was bad for work (busy season)!  So I’m plugging away trying to get caught up on both.

Anyway, something I wanted to address that I’m seeing several times in the comments.  Martin and the prize track….

A number of you are stating that you’ve unlocked it, but you don’t have the costume for Martin. 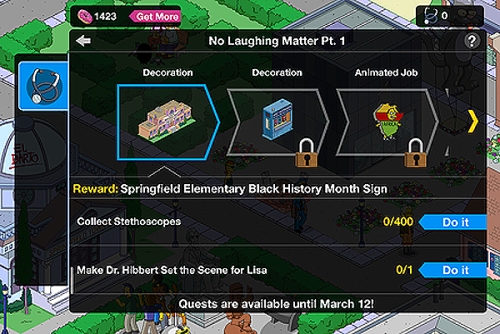 There’s a pretty simple explanation for that.  It’s not a costume for Martin.

It’s an animated task for Martin.

If you send Martin on this animated task he’ll be dressed like Africa, and do a little dance…and fall on his face.  But you’ll only see the costume if he’s on that task.

So what’s the task?

And it can be found in Martin’s Task List… 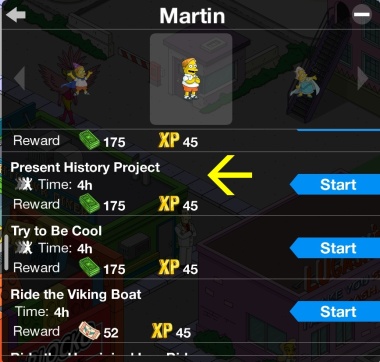 So wonder no more, stress no more, and curse EA no more (well for this anyway)…because the Martin Mystery has been solved!

Thoughts? Comments? Have you dressed up like a country and fallen on your face? Sound off below!