Time for a little vandalism clean up…with a new event here and the old Vandalism Free page getting pretty full, I figured time to start fresh with a whole new Add Me page free of those vandals!

Do you hate getting graffiti in your Springfield?  Are you tired of cleaning up after other people’s fun, at your expense?  Are you someone that NEVER Vandalizes other towns?  Are you super concerned about your Righteousness rating…no matter how many Training Walls you build?  Well this is the Add Friends Thread for You! 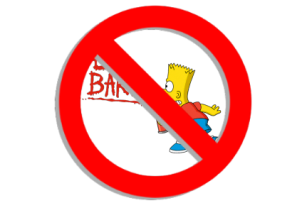 Here’s your thread for those of you who PLEDGE NOT TO VANDALIZE EACH OTHER’S TOWNS!  If you can’t keep that pledge…please don’t add your name to this thread.

IMPORTANT…..Include that you WILL NOT VANDALIZE in your comment with your request.  DO NOT put your name on this list AND the other list.  This is the list for those who pledge NOT to vandalize…if you put your ID on both lists we will delete it from this one.

Here’s what’s allowed on this thread:

-Origin ID (Add Me Request) with Pledge Not to Vandalize
-Posts saying you added someone
-Post ONLY to say ” —- tagged me” (let’s not insult each other…and remember give them a chance to apologize.  Accidents do happen)
-Post apologizing to someone for accidentally tagging them
AND THAT IS IT! NOTHING MORE!

It is up to YOU to decide who you want on your friends list. If you don’t want them, take them off. That simple.

Note: The updates should be available in your App Store at this point.  So be sure to check your store and update accordingly.

The THOH Event has hit the files, which means it will be available for download on the app store soon.  Just a reminder, IT WILL NOT GO LIVE IN TSTO UNTIL TOMORROW (11AM ET).  So don’t freak out if it’s not live yet.  It’ll go live on Wednesday October 14th at 11am ET.

Anyway, now that it’s live in the files we can share some SPOILERS!  So for those who were looking for those spoilers, here’s your chance!

I will say prior to the spoiler warning, this is a typical Multi-Event.  Runs from tomorrow (Oct 14th) until November 18th.  Here’s the schedule:

WARNING SPOILERS BELOW.  IF YOU DON’T WANT TO KNOW, DON’T CLICK BELOW…

END_OF_DOCUMENT_TOKEN_TO_BE_REPLACED

Musings on All This Jazz…

Happy Musings Tuesday my friends! I’m back with another musings post for you.  With the Halloween event expected to hit this week, I thought it’d be prudent to fully wrap up All This Jazz before it hits.  So, I’ve got some thoughts, let’s get to ’em…

END_OF_DOCUMENT_TOKEN_TO_BE_REPLACED

Posted in All This Jazz, Game News, Musings, Updates

It’s that time of the week again, time for the Addicts Weekly Open Thread!  So, let’s get the conversation going!  Oh and remember…just because this is posted here today doesn’t mean you can’t comment on it all week long.  This open thread will still be open for comments long after today is over!

Here’s where you can talk about anything you want to talk about…TSTO Related, Simpson’s Related or ANYTHING.  Just no Add me requests…those should go here.  We’ll give you a few suggestions (like most Sunday’s you can talk about the current episode of the Simpsons) but for the most part, you’re free to talk about ANYTHING your little Tapping Fingers desire…just keep it PG.

So, here is your Open Thread…..

The Simpsons are back tonight with an all-new episode.  Safi gave us a preview of the 3rd episode of Season 32 here, will you be watching?

Out with the old in with the new.  All This Jazz ended, and Halloween is coming!  EA allowed us to release a little bit of teaser info about this year’s THOH Event, you can check it out here.  What are your thoughts?  Excited for the item limit increase?

How’s your Springfield design coming?  What are you doing with your town? Share some photos in the comments below! (If you need a refresher on how to add photos to the comments check out this post)

Any weekend excitement going on in your neck of the woods?

So chat about the Simpsons, TSTO, Update fun, or anything else you can think of! (Just no politics, it never ends well)  Can’t wait to chat with you all, you know we love hearing from you!

Have Fun!  And happy Sunday!

Posted in Open Thread, Tapped Out

This is Halloween! Some THOH Event Info…

Correction on the dates.  Just got this from EA:  Hitting App stores the 13th, Live on the 14th.

So late last week, we received an event packet from EA.  And just moments ago EA sent out an email saying it was ok to release some of the info contained in that packet.  And guys, I’m happy to finally be able to share some stuff with you…because I hate keeping secrets from y’all.  So, with that being said:

Some good news for you on this Friday as we head into the weekend…Halloween is coming to TSTO!

Ok, we all knew Halloween was coming.  That’s not really an earth-shattering announcement, but this is…

From EA: “We know this has been long requested, and we are pleased to grant that wish!”

The THOH XXXI Event is set to launch next week.  With the files arriving in Updating in the app store on the 13th (Tuesday) and going live on the 14th (Wednesday)

Here’s a look at the splash screen… 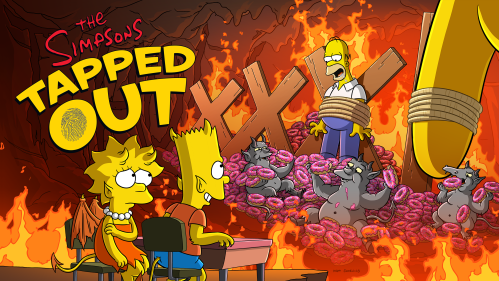 Thoughts? Excitement? What are you hoping to see? (aside from a format change, because at this point I don’t think that’s happening)  Sound off below, you know we love hearing from you!

The Sounds of TSTO: All This Jazz

Your senses can evoke powerful memories in you. The smell of saltwater can trigger you back to your youth spent at the beach, the touch of cotton can bring you back to memories of your mom, and hearing sounds of TSTO can bring back countless hours spent tap, tap, tapping away.

END_OF_DOCUMENT_TOKEN_TO_BE_REPLACED

Posted in All This Jazz, Sounds of TSTO, Updates

Springfield Showoff: All This Jazz

As we sit here frakkin files, pulling pics, and typing a million words a minute to get our readers the latest updates and information…we sometimes find ourselves forgetting to stop and enjoy our own games. More so our neighboreenos. So we try to make it a point to hop in n out of the towns now and then to see what cool things YOU are up to. So we have decided we want to continue to focus more attention (as if we don’t already 😛 ) on YOU…our readers. Time to time we will be peaking into your towns, checking our Flickr, and also the posts in the comments below to see what cool ideas and designs YOU have come up with to make your towns unique and…well…YOU.

So here is YOUR chance to show off all your hard work, time, donuts & in-game cash spent. Send us your work, no matter how big or small and brag about it to the world. We want you to! Then keep your eyes posted to Addicts to see if YOU end up on our “SPRINGFIELD SHOWOFF”.

END_OF_DOCUMENT_TOKEN_TO_BE_REPLACED

Posted in All This Jazz, Buildings, Decorations, Springfield Showoff

All This Jazz Full Dialogue: Song and Dance

END_OF_DOCUMENT_TOKEN_TO_BE_REPLACED

Posted in All This Jazz, Game News, Tips and Tricks, Updates

All This Jazz Mini-Event is Nearing the End…

Just a quick reminder that tomorrow (Wednesday, October 7th) marks the end of the All This Jazz mini-event!  So,  if you haven’t already, finish up that prize track, purchase your last few premium items, and be prepared to see the mini-event leave our games tomorrow morning!

Note: For those of you asking about Halloween.  Don’t expect it this week.  I would operate under the assumption EA’s running on their normal schedule, and the next update hits the week after the current one ends.  That means we’ll likely have a week of downtime before anything new starts up.

What are your overall thoughts on the mini-event?  Have you enjoyed it?  Or did you feel like it was a bit lame?  Where have you placed the prizes? Sound off in the comments below, you know we love hearing from you!

P.S. I’m going to give one more reminder about the All This Jazz Showoff!  Please send in your submissions by 8pm ET tonight to be included with tomorrow’s Showoff Post.

Posted in All This Jazz, Game News, Tips and Tricks, Updates

Tagged All this Jazz 2020 TSTO, next update tsto, Tapped Out Tips and Tricks, The Simpsons Tapped Out, TSTO Addicts, TSTO Jazz Event, TSTO Tips and Tricks, Whats next in TSTO?, When does the All This Jazz Mini-event end, when's the next event in tsto

Time to flash those jazz hands, as things get jazzy in TSTO!  The All This Jazz mini-event has arrived in Springfield, and it has Lisa swooning.

So let’s take a look at Skinny Palmer’s questline, a real whodoneit!  Here’s the full dialogue for The Couch Caper… 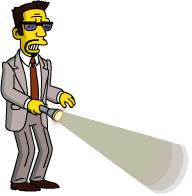 END_OF_DOCUMENT_TOKEN_TO_BE_REPLACED

Posted in All This Jazz, Should I Buy, Tips and Tricks, Updates