Welcome to another new addition to Addicts, the Mad Men of Springfield. We will be going into depth on the history and background of the male species running around our lil towns as well as those not yet in the game. 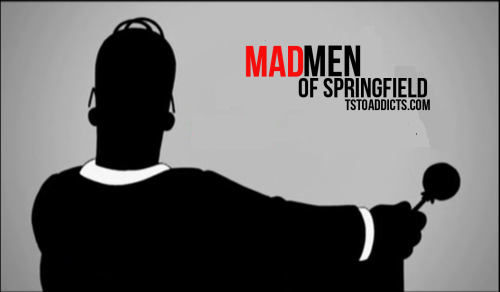 Dr. Hibbert: Homer, I’m afraid you’ll have to undergo a coronary bypass operation.
Homer: Say it in English, Doc.
Dr. Hibbert: You’re going to need open heart surgery.
Homer: Spare me your medical mumbo jumbo.
Dr. Hibbert: We’re going to cut you open, and tinker with your ticker.
Homer: Could you dumb it down a shade?

In this weeks episode, we’re talking about a character that’s been in our games for quite sometime, since Christmas 2012.  He’s a familiar face walking the streets of our Springfield’s, but only just recently was brought to the forefront of our games.

I am talking about none other than Number 2…Dr. Julius Hibbert

So how did he end up in our games? Where in the Simpsons TV world did he appear? Why is he so bitter? Well that’s look…

What a perfect character to hit on Father’s Day.  After all, Dr. Hibbert is the proud father of FIVE children (and 1 annoying Brother in-law!).  Dr. Hibbert is best known as the Simpson’s family doctor (And the doctor of almost everyone else in Springfield too!).  Despite sometimes coming across as a little “out there” in things he says, or the way he laughs at the most random things, he is one of the most normal & level headed residents in all of Springfield…or is he?  There’s more to Dr. Hibbert than meets the eye, so let’s explore a few of this Cosby clone’s more interesting moments….

Much of Dr. Hibbert’s more interesting side has revolved around the lifestyle choices both he a Bernice have made in their lives.  Choices that…ahem…”spice up” a marriage.  Did you know that Dr. & Mrs. Hibbert are Swingers?  That’s right my friends, in Season 22, E21 “500 Keys”, Homer and Marge spot him at a Key Party they accidentally attended (come on now, do you REALLY think Homer knew what the heck a Key Part was?).  In fact as they’re leaving the party Dr. Hibbert is calling after them, paired up with Luann (who HASN’T that woman been with?!), warning them that they’re “missing all the sex!”  Not exactly a quality I’d want in MY family physician…would you?

However, this isn’t the first time Dr. Hibbert has gone out of the home for a little attention.  Season 8, E5, “Bart After Dark”,  shows Dr. Hibbert as one of the many visitors of  La Maison Derriere.  Naturally Bernice wasn’t too happy about this.  Perhaps that’s why in the future they attend those Key Parties, presumably, together?

Of course the Hibbert’s relationship isn’t all swinging, their everyday lives mimics that of The Huxtable’s.  Right down to the ugly sweaters and 5 kids!  During Season 2, E16, “Bart Gets An F”, we get a glimpse at a three of their five kids….  Really digging Dr. H’s sweater and kitchen here too!  (Anyone else hearing The Cosby theme song?)

We get another fun glimpse at the Hibbert family life during Season 7, E4 “Bart Sells His Soul”,  we see the family riding in the car trying to decide where to eat.  Of course they’re over the top one of those families.  You know the kind that family that’s just so sweet to each other, even when arguing, you wanna smack them!

Although on the surface they appear to be THAT family, things aren’t always rosey in Hibbert household.  Season 14, E 18, Dude, Where’s My Ranch?, shows the Simpson’s are at a Dude Ranch with many other Springfieldians.  Dr. Hibbert and Bernice are seen taking silly shots as Betty Boop and Rambo. Dr. Hibbert makes the comment, “…and this is supposed to save our marriage?” It does hint that there are some marital issues going on with them.

Of course beyond all the personal and family stuff, Dr. Hibbert is best known for his straight shooting approach at Medicine.  As the physician for most of Springfield he’s seen his fair share of crazy accidents & requests.  Everything from Moe requesting to be made shorter, Season 20, E16 “Eeny Teeny Maya Moe” to Homer’s triple bypass, Season 4, E11 “Homer’s Triple Bypass”.  Both situations he handled with his typical professional humor.  Refusing to make Moe shorter & repairing Homer’s heart (of course only after nearly causing him to meed a quadruple bypass because of the price!).

Dr. Hibbert tends to be the more level-headed resident of Springfield!  Despite his usual awkward, & sometimes ill timed, laughs he’s most likely the Doctor I would trust in an emergency.  Even with his swinging tendencies.  I mean come on do you really want Dr. Nick operating on you??  You may end up with a leg coming out of your ear!

So now that we’ve gotten to know Dr. Hibbert that man, let’s take a look at Julius the TSTO Character.  He joined our games via the Level 24 update as the main freemium character, along with his medical office and Springfield General Hospital.  You can check out his fun intro questline in our Walkthrough post here.  So let’s take a look at how his tasks line up with his character:

Recently a Stonecutter #2 Premium Skin was added for Dr. Hibbert.  You can check out the details on #2 in this post here.

There you have it…the man, the myth, the Swinger….Dr. Hibbert.