Where Did THAT Come From – Murderhorn (BONUS: All Night Gym)

So with the Tap Ball Event, all sorts of new stuff has appeared in our games. One of the new premium offerings included with Act III was the Murderhorn. But what the heck? Isn’t the Murderhorn a decapitating ride found at the Magic Kingdom? What does it have to do with the Best. Show. Ever.? Let’s check out the Simpsons TV Series to find out, shall we?

First off, I have to say this new decoration immediately makes me think of Disneyland. I know, I know, it should make me think of the Matterhorn from the Swiss Alps but I am who I am. While it will always make me think of the Dizznee attraction currently being turned into Mount Wannahockaloogee during the fireworks, it’s not that. 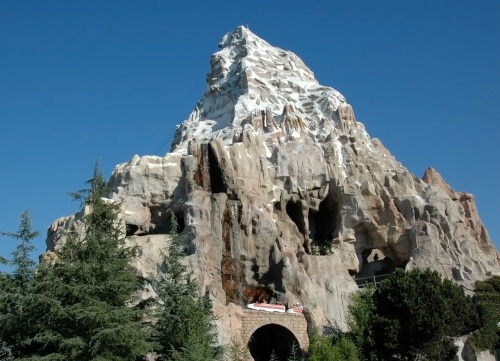 In the Best. Show. Ever., this item comes to us in “King of the Hill” (S9:E23). When Homer can’t win a simple game of capture the flag at the church BBQ because he’s so out of shape, Bart is ashamed of him and Homer decides to get into shape.

While he’s out running, he discovers Powersauce bars at the Kwik-E-Mart. “A bushel of apples packed in each bar plus the secret ingredient that inleashes the awesome power of apples.” No bar contains more applesauce. 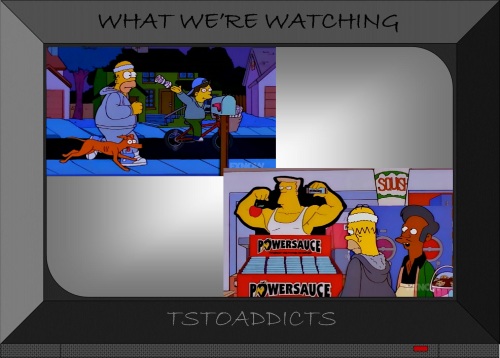 Homer also discovers the All Night Gym, even if he can’t pronounce it. 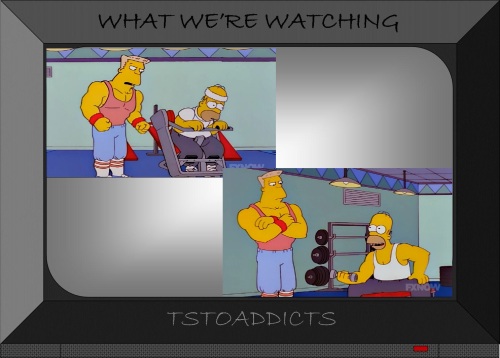 Well sort of… he’s got lots of upper body strength but like a lot of amateur weightlifters I know, he’s still go a bit of a gut. In the gym, he is aproached by Powersauce bar executives. They enlist Homer to show how the bars “overshoot the extreme, max the envelope and so on ” by climbing the tallest mountain in Springfield… the Murderhorn. The angle is “Joe Schlub eats Powersauce bar and become mightiest man. It’s believable, that’s what I like about it.”

The reveal of three different mountains with the Murdrhorn being the tallest always makes me laugh. Also why I put the Volcano Lair right next to it in my town to simulate the joke. Anywho… Homer’s not too thrilled about climbing the Murderhorn but does it to impress the boy. Grampa tries to stop him by telling the story of when he died climbing it but Homer doesn’t listen. All Homer has to do is climb to the top with the help of two sherpas and plant a Powersauce flag as a symbol of man’s contempt for nature.

The climb ends up being the most difficult ordeal Homer has ever faced. Homer realizes his Sherpas have been dragging him to the top while he slept so he fires them. Sure the bars he’s been relying on are just made of apple cores and Chinese newspapers and you can’t really “get sauced with Powersauce”, but Homer is committed to not letting down Bart. The best part is he actually succeeds… by nearly reaching the top, giving up and planting a flag where he is that breaks off the unclimbable peak making his location the top.

Of course, Homer also hallucinates on his way to the top about a Yeti that resembles the Snow Monster from TSTO Christmas 2013 which connects my brain to the Matterhorn and its Abominable Snowman once more but I guess I should let that connection rest.

So there you go friends. This uber expensive premium mountain’s origin (and the origin of the All Night Gym as a bonus). Did you drop the donuts to add it to your town? Wonder if Homer ever got his wallet from the top? Sound off below and stay classy like usual.

9 responses to “Where Did THAT Come From – Murderhorn (BONUS: All Night Gym)”