Where Did THAT Come From – Hamburger Heaven

END_OF_DOCUMENT_TOKEN_TO_BE_REPLACED

Posted in Buildings, Homer the Heretic, Where Did THAT Come From

Hey hey friends! We had it of a break from new Simpsons episodes but finally, the wait for more new hilarity is over. Since the show is back, so am I and it’s time for another episode recap for y’all. One of the many features we like to have on this site is recaps of new Simpsons episodes for all our friends who can’t watch them immediately or like our silly reviews of them. I love when there are new episodes of the Best. Show. Ever. on TV and it’s my privilege to not only watch new episodes, which I would do with or without this awesome site, but then break them down for all of you. I stuck to the stream of consciousness format for this. Basically I watch the episode once for my enjoyment and then a couple more times slowly to catch as much as I can while jotting down notes. Without further ado… here’s my thoughts on Season 28, Episode 11, “Pork and Burns.” 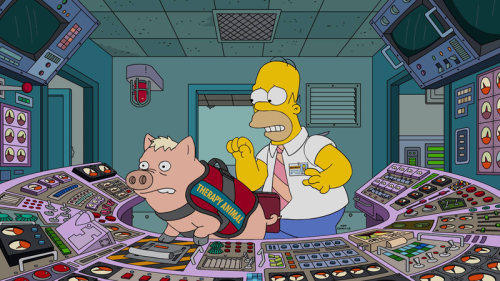 END_OF_DOCUMENT_TOKEN_TO_BE_REPLACED

So… it’s a new year and I’m sure I’m not alone in looking forward to what EA has in store for all of us as the months go by. While the future is sure to include episode tie-ins and the obligatory events that drive some of us to madness and/or celebration, I thought it might be fun to resurrect a contest idea we had way back in July 2014. You see, the team here at Addicts decided to give away donuts for creativity and the result was nothing short of amazing. Basically, a lot of people created ideas for the next big thing in the game and boy howdy did the Addicts show up with ideas.

Looking back at that contest, a lot of our ideas became realities in the game. I could toot my own horn and point out my example became Level 48 with Lurleen Lumpkin but just scrolling through the comments, so much made its way into the game.

Here are some highlights: END_OF_DOCUMENT_TOKEN_TO_BE_REPLACED

Posted in Contests, Tapped Out, Updates