So while we wait for an update to hit…or just the snow to leave Springfield…I thought it would be interesting to take a look at a couple new “Simpsons did It” Moments….

First, many of you commented about this when it happened in December, but for those who don’t know…The Simpsons totally predicted the House of Mouse buying FOX: 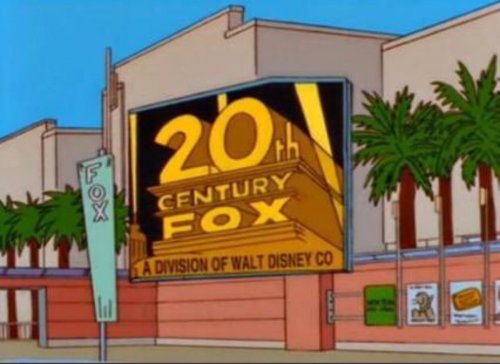 Second, a more recent one.  This happened just a couple of days ago on January 14th in Santa Ana California.  An unfortunate car accident….a car was driving at an unsafe speed, hit the median, went airborne and got stuck in the side of a dentist office. The driver remained stuck in the car while it dangled from the building (two people ultimately suffered minor injuries, but in the end are ok.  Although the driver was arrested for DUI)

OCFA in Santa Ana with a vehicle that crashed into the second floor of a small Office building. The vehicle hit the center divider and went airborne and landed into the building. One person self extricated, the other person is still trapped in the vehicle. USAR from OCFA On scene pic.twitter.com/Lm5b4oyCIm

I don’t think anyone has ever seen anything like this…or have they?

I hope they are okay. Nevertheless… pic.twitter.com/Fx3HQPltu2

From Season 8, E17 My Sister, My Sitter….poor Moleman.

Thoughts? Just waiting for what’s next? Sound off below.

17 responses to “Simpsons Did It…Again”