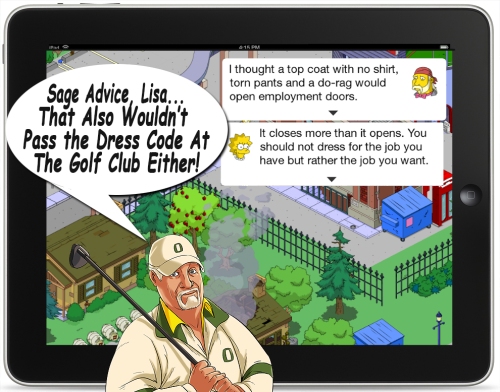 I’m writing this a day early, because tomorrow I will once again be “under the laser” for cataract surgery Part Deux.

Let’s just admit from the top, that during these very odd and trying times, anything that seems “normal” is a bit of a miracle…especially when the normal is a miracle of science.  And, come on…the speed and precision with which cataract surgery takes place is pretty damn miraculous (as well as an amazing light show that took me back to the 1970s..far out, man!).

But, the problem with having “One Old Eye and One New Eye,” is that you spend a lot of time comparing.  It’s like so many other things in life. If you spend all of your time looking back at the way things used to be, you can’t appreciate the way things are now.   And, contrary to what current events would have you believe, there are plenty of good things that have come out of “this very bad thing.” But, they take perspective…and being able to see that things really are more clear now, even if that reveals cracks in the details.

And, certainly on that list, is the fact that TSTO is still alive…mostly.  I guess that is all in the way in which you see things. But, for me…I am lucky enough to see things from two perspectives…at least until tomorrow (which is actually today, or yesterday, depending on when you read this).

Anyone who has had cataract surgery says pretty much the same thing. “I can’t believe how much more colorful everything is…and how much detail I can see now!”  And when you have one eye done, and the other not, it really is very stark. As it turns out, over the gradual decline of my vision, what happened was a combination of lowering the light (exposure) while covering everything with a blurry, brown film.  But, like I said…it was gradual. I really only started noticing the primary difference in distance vision (couldn’t see my golf ball beyond 100 yards).  I didn’t really notice the loss of color, brightness or clarity as much…because it was gradual.

Now… at least for today… I can switch back and forth, to see the difference in perception. And, it is stark.

I’ll try to replicate it here…

Granted…this was done with one good eye and one bad…so I could really tell the difference, while not being entirely sure. But, it is pretty close to what you see before and after.

But,  like I said, it is kind of a metaphor for life.  Over time, if you don’t open your eyes, and realize that life is multi-colored…and layered in nuance…it’s pretty easy to simply fall into narrow fields of perception, that can limit your overall appreciation for the differences.

And holyfreakinshirt…are we starting to see some differences in perception of our reality.

As we slip into weeks, and maybe months more, of “the new normal,” there is a huge divide over what we need, want, or think we want, until things go bad or worse again.  But, even in this situation, the “gift of clarity” comes from people making it pretty clear how they feel, simply by how they act.   So there’s that.

There seems to be way too much “truth telling” that isn’t true…and a whole lot less kindness than I would have hoped for. As usual…the writers seemed to prognosticate this, not only in our games, but in the most recent Simpson’t episode.

The most recent Two-Part Simpsons episodes really hit home with this concept.  Pete Holmes played a “new kind of priest,” Bode Wright, who comes into town with a new message of open-armed  peace, love, and tolerance that sets the “old guard” (Reverend Lovejoy and Ned) into a whirling dervish of accusation and distrust. 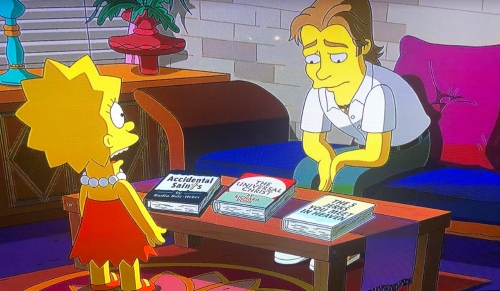 The new guy’s holistic views expose a lot of the weaknesses of organized religion. And, when it is discovered that he was run out of his original parish for burning a Bible (he was just 19), he explains himself to Lisa with a couple of great lines.” ”I was trying to tell people that God is in your heart, not some overbuilt cathedral or some book.” And, “People were worshiping a road map, instead of trying to find the destination.”

It’s weird, but the same could be said about politics… and the battle between science, and “freedom.”  But, the fact is…I’m done trying to convince anyone of anything.  It’s clearly becoming “personal choice,” and I’ll let Natural Selection sort it all out.

So as we move forward, in what appears to be a clear move backward (1931 anyone?), we are challenged to look to the good things in life…to see the bright and colorful highlights in an otherwise dark existence.

I admit, that between doing Emergency Food Boxes for families through our Rotary club, and looking forward to actually seeing my golf ball on the golf course after a short waiting period next week, I still find myself with one eye looking at the pain and suffering CD-19 is causing, while being immensely appreciative of the opportunities for beauty that I have in my life.

And I also admit that by the time July comes around, unless there is  some huge reversal of the current trends, we are going to “risk it” and fly back East to see our “East Coast family.”  We need some face time…and there will likely be a memorial service for a family member who passed recently.  Again…light with the dark.

And, with Round Trip Airfares at below $300…you can only play “Virtual Hide and Seek” with this little guy for so long…

Zoom and FaceTime just don’t cut it, when you can zoom there for REAL face time for less money than it costs to buy a package of toilet paper these days.

But…I also admit to being sick to death of the mad see-saw that is Social Media. I now almost completely avoid Twitter and YouTube…unless it is something that is going to make me laugh.

My favorite ironically ambiguous “Facebook Share” being passed around this week, is the whole “Perspective” Post, that talks about how much easier we have it than people born in the year 1900, who lived through WWI,  the Spanish Flu epidemic, the depression, WWII and the Korean War.  All true…except the life expectancy for people in the year 1900 was 46 years old. It dipped to 38 in 1918 (the end of the war and the beginning of the flu epidemic) and didn’t climb to the mid-60s, until the 1950s.  So…yes…perspective. Kinda.

That doesn’t mean I want to risk going back to the “good old days,” where we just ignore the odds, and take our chances, because we NEED to see stadium sports again.  No thanks.  Again. I’ll let Natural Selection do it’s thing there.

But………..when all is said and done, the odds are very much in our favor. No matter what you see or hear on YouTube.  We aren’t being overtaken by some wild New World Order plot.  They are not trying to implant us with tracking chips that manipulate us with 5-G transmissions with vaccines.  And, yes…there are loads of reasons to keep our distance and wear masks, that aren’t training us for “Marshall Law.”  That stuff would actually be too weird for even a Simpson’s episode.

I’m not negative…but I am pragmatic. Things are likely going to get worse before they get better.  It will require us to see things with BOTH eyes… one, that is weathered over time…with a darker gaze…the other, so bright you need shades.

But we will get through this…just as sure as The Wrestling Update will end…and we will likely still get something more…that isn’t as good as Stonecutters, but whole lot better than a sharp poke in the eye with a stick.  And that’s something I’d rather avoid…now that I can see my golf ball again.

30 responses to “Friday Filler – I Can See Clearly Now…YIKES!”