Nixon is a new premium character for TSTO with the 4th of July update and he comes with an amusing questline.  So if you’ve made the purchase or are thinking about making the purchase here’s the quick quick Turbo Tappin’ version of his Scandal-gate questline in Springfield!

Let’s get to tappin’ shall we? 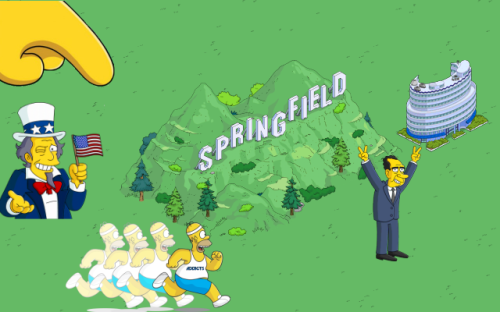 If you have George and Abe this will start up for you..

Who Led Them Better
Nixon starts

And with that the questline is complete!

What do YOU think of Richard Nixon?  Are you happy to have another President in Springfield?  What did you think of the questline?  Sound off in the comments below, you know we LOVE hearing from you!