The Little Blog That Could…By the Numbers

As you guys may remember from my Infinity and Beyond post I told you how we’ve worked hard to make Addicts different.  To make it that place you want to keep coming back to.  We wanted to make it fun and make you laugh!  We didn’t start out as the biggest TSTO blog…but like I said we called ourselves “The Little Blog That Could”.  We knew we had something special and worked hard to build and grow the community!  We’re proud of what we’ve accomplished 6 months later, but we’ve never lost that “The Little Blog That Could” mentality.  We haven’t changed our methods or our desire to be different.  To be a fun place for Tappers to come and hang out and to bring you the WHOLE story.  Not just walkthroughs and tech support but info ABOUT the game, where things came from, 2D/3D designs, contests involving readers….Tapped Out is a game, games are supposed to be fun right?!

So in honor of our 6 month Anniversary we wanted to share with you some of the numbers that have made up TSTO Addicts the last 6 months!  So let’s pop the champagne and check out the numbers! 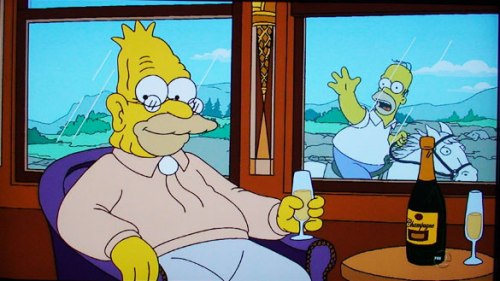 1,088- Average hits per day 6 months ago when we first started.  (and we were THRILLED!)
55,000– Average number of hits per day now (that number more than doubles during the first few days of a major event)
7,255– Number of comments we’ve moderated since the Valentine’s Day Event launched
5,471 (and growing!)- Number of likes on our Facebook Page!  The most of any other TSTO blog out there!
823– Number of posts we’ve written to date (including this one)
290– Number of $$ in Google Play and iTunes Gift Cards we’ve given out (including the Valentine’s Day contest)
150– Number of countries that have had a someone check out TSTO Addicts.  (Break down of the top 10…1. US 2. UK 3. Canada 4. Australia 5. Germany 6. Netherlands 7. Ireland 8. Brazil 9. Belgium 10. New Zealand)
60– Number of comments, on average, I wake up to.  These are usually accumulated in the 4 hr gap between when Wookiee and Bunny go to sleep and I wake up.
4– Number of “troll” comments we’ve had to moderate and trash in 6 months!  And most of those were from the same person..(note even if you change your name we can still see your ip address 😉 )
1 – Page we show up on Google when you type in The Simpsons Tapped Out, Simpsons Tapped Out, TSTO and various other TSTO search phrases.  😀

So there you have it Tappers…some by the numbers stats for Addicts over the last 6 months.  BUT…We wouldn’t be here with out all of you AMAZING Addict Tappers!  We love each and everyone of you!  Seriously, we love bringing you all the latest on TSTO, answering your questions, laughing with you & hearing about your lives!  Thank you all so much for being part of this Community!  We’re proud of what we’ve accomplished so far…but there’s so much more to come!

This entry was posted in Tapped Out and tagged Blogiversary, The Simpsons Tapped Out, TSTO Addicts, TSTO by the numbers. Bookmark the permalink.

20 responses to “The Little Blog That Could…By the Numbers”