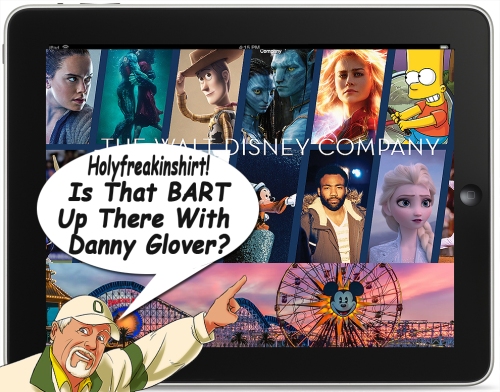 OK. Yes. So, the headline is a bit of a taunt to the Simpsons’ new dark ruler…if you actually believe that Disney is as bad as all of the old school, traditional media types believe they are.

I am not in that camp.  In fact, I am one of those who thinks that large, efficiently run, diverse, amazing companies, should be allowed to rise to the top, and be everything they can be, without the fear of being called “a monopoly.”  Companies that get too big, ultimately go the way of Rome, and buckle under the pressure of handling too much…with too wide a grasp. Ask Microsoft…and perhaps even Facebook. But, I like the world better with Google and Amazon. Too political?

Well…as it pertains to the Simpsons, and for that matter, TSTO, I am going to go with the belief that Disney knows what a treasure the show is, and has the kind of deep pockets, and forward thinking, to make both the show, and the game, a continued reality for years more to come. Belief is a powerful thing. It creates faith…and then reason is thrown out the window. But, I digress…

The Disney statement is bold. Yes.  But, both Disney’s new Masthead, and “Sizzle Reel” released this week when the ink was barely dry on the final acquisition papers of Fox Entertainment, would tell a story that should put this conversation to bed.

END_OF_DOCUMENT_TOKEN_TO_BE_REPLACED

It’s reunion time for Marge, Homer, and the rest of the Springfield High Gang.  What will happen?  Will Homer get his ham?  You’ll have to read the dialogue to find out. Of course, a new event means new prizes to earn and new prizes mean it’s time for everyone’s favorite prize breakdown posts!

Remember, this event is designed to follow a series of tasks via the questline to unlock prizes.  For each of the parts of the A Classless Reunion questline, you’ll have to earn

via various character tasks in order to unlock the prize for that part.

So let’s take a look at the fifth (and final) prize, Prom Time Homer… 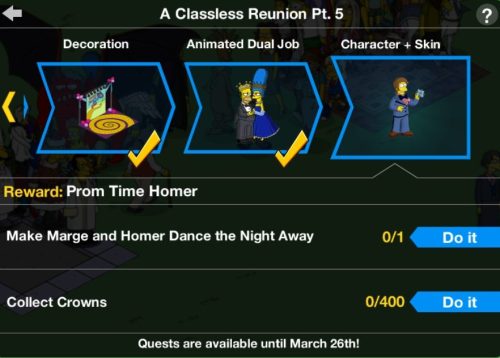